You Are Here Home HYDERABAD He was a statesman and a scholar: Manmohan Singh 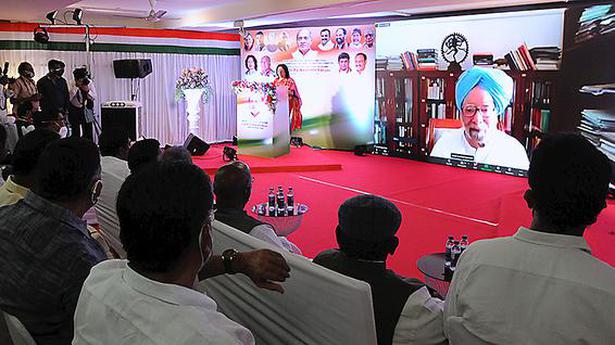 Former Prime Minister P.V. Narasimha Rao’s vision for the economic liberalisation has its transforming impact not just on the Indian economy but on the global scenario too in a certain measure, another former Prime Minister Manmohan Singh has said at the birth centenary celebrations of the former organised by Telangana Pradesh Congress Committee (TPCC) here on Monday.

Mr. Singh, who held the Finance portfolio in the Narasimha Rao Cabinet, who participated in the event virtually from New Delhi said: “PV was truly a ‘sanyasi’ (saint) in the spectrum of politics. He was not only a statesman but a scholar too”. He stated that the economic and foreign policy of the country was given a long-lasting shape during PV’s tenure.

His (PV’s) statesmanship had improved relations with neighbouring countries on one hand and on the other several strategic defence initiatives were taken up during the Narasimha Rao regime, including the launch of ballistic missile technology programme. Testing of ASLV and PSLV technologies, firming up nuclear technology for self-defence of the country were some of the achievements of the PV’s administration, Mr. Singh said.

On Srinath Reddy, president of the Public Health Foundation of India, who has been selected for the first PV Lifetime Achievement Award, Mr. Manmohan Singh said the former had made an immense contribution towards strengthening the public health system in the country by establishing five institutes of public health.

Leader of the Opposition in Rajya Sabha Mallikarjun Kharge, who too participated in the event virtually, recollected how PV had restored the country’s honour by getting back the gold mortgaged by the previous government. He also played a key role in shaping the 73rd and 74th amendments to the Constitution to strengthen the local bodies and the uni-gauge programme had converted 25,000 km of metre gauge and 5,000 km of narrow gauge rail lines into broad gauge.

Stating that P.V. Narasimha Rao had the courage and conviction to face the challenges and resolve them, Mr. Kharge said when India had lost a strong ally with the disintegration of USSR he (PV) countered the threats from Pakistan and China with alacrity. “Narasimha Rao had sent A.B. Vajpayee to address the UN on human rights not for the latter’s oratory skills but to show that India was united against external as well as internal threats,” Mr. Kharge recounted. Outgoing president of TPCC N. Uttam Kumar Reddy termed PV as “one of the great sons of India and the greatest son of Telangana”. He stated that PV would be remembered for the landmark reforms in the State and at the national level. 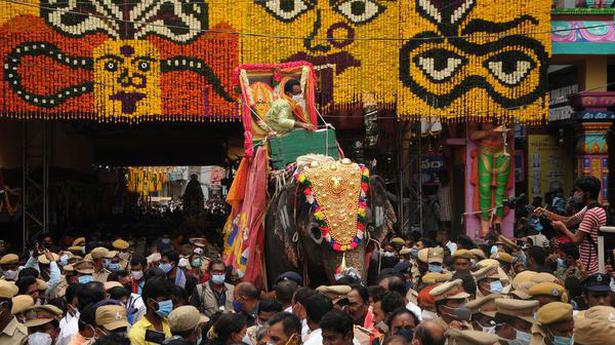 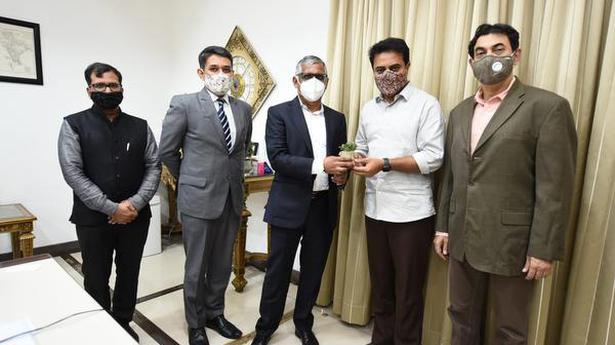