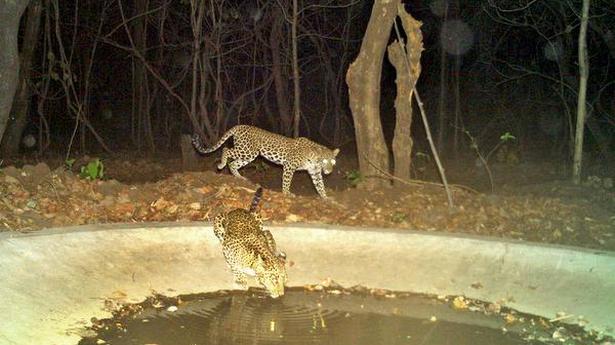 “Feel the Forest!” is the simple but effective message that Divisional Forest Officer at Kawal Tiger Reserve S. Madhav Rao seems to have successfully put across to his tried and trusted staff to realise his dream of redefining the image and topography of the Reserve covering 13 sections and three Ranges.

Posted to the office in 2019, Mr. Rao has used his technological background to start new trends not only in the conservation of the forest cover but also in ensuring that it is free from any disturbances from human beings.

“This has not been an easy task. I had to take a lot of orientation classes for the staff (90 regular and some 100 outsourced). I keep telling them that unless you do foot patrolling around the forest, you will not know the ground reality,” Mr. Rao told The Hindu after the latest camera traps showed images of two pairs of leopards, a family of sloth bear and a pack of of jackals, among the many species that quenched their thirst at the waterholes.

“My biggest achievement is that from an about 1700 km distance of foot patrolling covered by the entire staff every month we are now doing more than 6000 km of foot patrolling by using the M-STRIPES App developed by Wildlife Institute of India,” he says, with a sense of pride.

“The concept is simple. Walk the forest, get a feel and report anything new to the immediate superior. This has actually inspired many and thankfully, it has become some sort of a habit daily for them now, because everyone is expected to walk a minimum of four km daily for 26 days in a month,” Mr. Rao says.

“And, we are the only centre in Telangana to have a Geo-Informatics Centre, set up with limited resources, thanks to the encouragement of Principal Chief Conservator of Forests R. Shobha and other senior officers,” he reveals.

“Definitely, there are a lot of hurdles when we have to ensure zero movement of human beings as for ages the people have been used to roaming around the forest without any checks. I explained to them and to my staff that if the curbs are not enforced there is no sanctity to the Kawal Tiger Reserve,” Mr. Rao said, pointing out that 15 gates were set up around the forest perimeter to ensure this. “To ensure there is some source of fodder for the cattle, we have allocated about 1300 hectares of forest land for the purpose to see that they don’t trespass into the restricted areas,” he said.

“We have also developed grasslands by initiating intensive management measures apart from improving the water availability to the wildlife during peak seasons,” he added.

“We are still in the process of doing many things and I am glad to have contributed in a little way to giving a new image to the KTR,” Mr. Rao signed off with a sense of satisfaction. 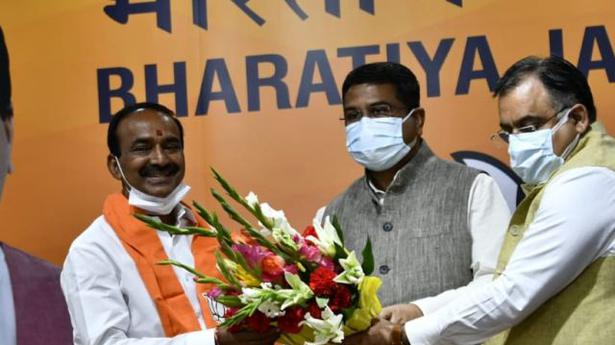