Telangana Congress has said Chief Minister K. Chandrasekhar Rao cannot wash his hands-off by adopting Ayushman Bharat that has limited benefits, and inclusion of COVID-19 treatment in Arogyasri, he needs to take steps to control the loot by private hospitals and bring some succour to the people.

Addressing a press conference here, Telangana Pradesh Congress Committee president N. Uttam Kumar Reddy, Leader of the Congress Legislature Party Bhatti Vikramarka, MLC. T. Jeevan Reddy and AICC spokesperson Dasoju Sravan asked why the government was in a state of inertia on controlling the private hospitals that are violating G.O. No 248 that put a cap on the prices of treatment.

Despite the hospitals openly looting COVID patients billing them lakhs of rupees not a single case has been booked so far, Mr. Uttam Reddy said and wondered whether people in the government were hand-in-glove with the hospital managements.

The Task Force Committee headed by IT Minister K.T. Rama Rao has not even discussed this serious issue where people were forced to sell their lands and properties for treatment. “The authorities concerned have not taken action against any hospital so far and private hospital managements were being treated like sons-in-law of Telangana,” the Congress leaders alleged.

Accusing the Chief Minister of ‘inefficiency’, Mr. Uttam Reddy referred to a video posted by a TRS activist from Siddipet who lambasted the administration over the poor handling of COVID treatment and also fudging the death figures. The lack of farsightedness is reflected in the total shutdown of vaccination in Telangana for the last few days. No PHC is doing more than 30 tests per day despite hundreds lining up for tests. Mr. Reddy said the RT-PCR machine costs about ₹ 30 lakh and if at least one machine is bought for each district along with the testing kits it would not cost more than ₹ 10 crore to test entire Telangana.

Mr. Vikramarka said there was a state of medical emergency in the State with the virus swamping the rural areas as well. But the government is not even willing to accept the reality, he alleged adding that either the Chief Minister should allocate the Health portfolio exclusively to another member of the Cabinet and making him or her accountable.

He described the visit of the Chief Minister to the Gandhi hospital as a PR exercise. After failing the State, CM is now seeking positive headlines in the media and posing as a saviour. “He is primarily responsible for spread of the coronavirus by holding elections and election rallies ignoring the advice of the opposition parties,” he claimed. He suggested to Mr. Uttam Reddy to seek an appointment with Governor Tamilisai Soundararajan to take to her notice the the seriousness of the issue.

Mr. Jeevan Reddy recalled how Mr. Chandrasekhar Rao ridiculed Ayushman Bharat scheme and said that he now adopted it to escape from responsibility of treatment. He said Ayushman Bharat facility was available only in 12 hospitals in Telangana with 10 of them in Hyderabad only. Where will the other beneficiaries go, he asked stating that anyway it covers only 26 lakh families.

What is stopping KCR from including COVID treatment in Arogyasri when other States could do the same, asked Sravan Dasoju. He said entire machinery has become unaccountable and G.O.s issued by the government were being treated like trash by the private hospitals. Mr. Sravan said KTR-headed Task Force should visit private hospitals. He said instead of collecting fines from people the police should raid the hospitals fleecing people in violating the G.O.s. 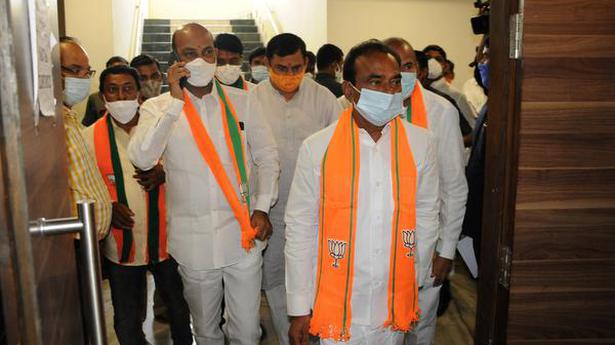 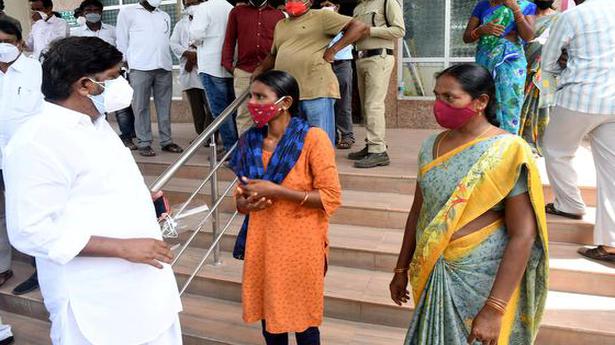