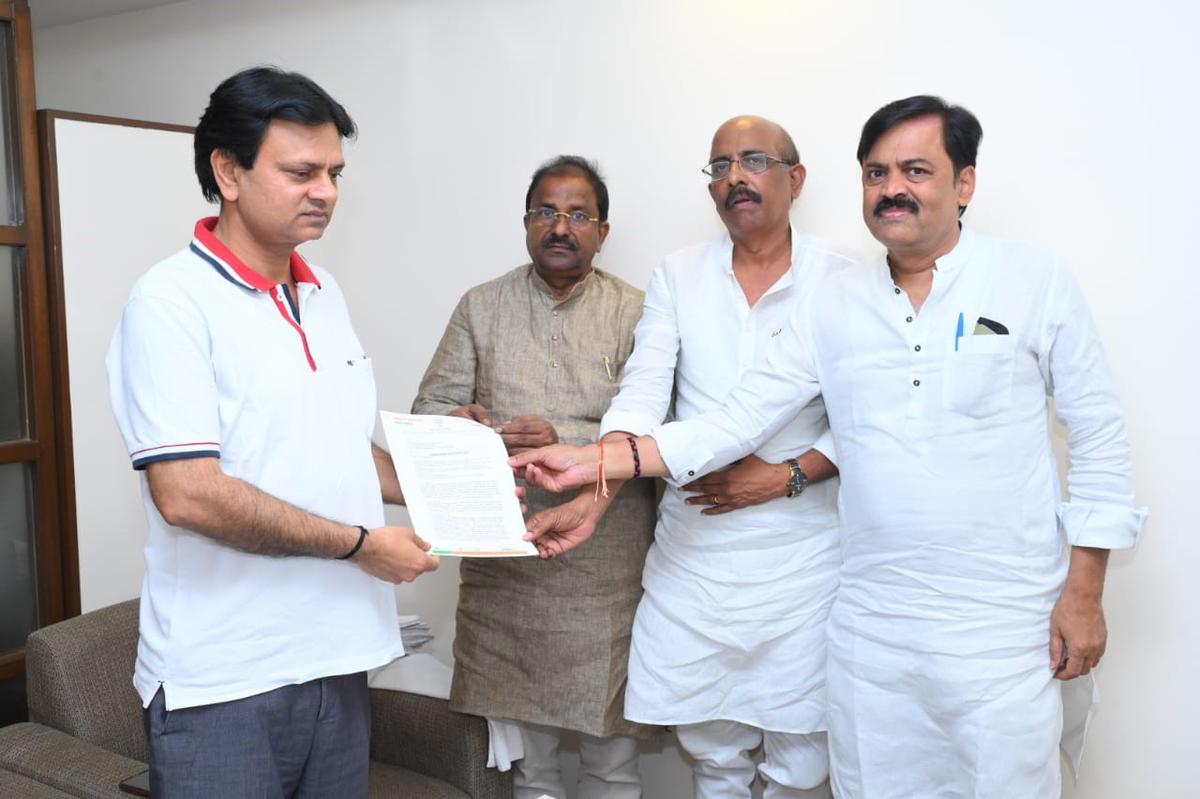 The 14 candidates in the fray, including those from the YSRCP and the BJP. made all attempts to win over the confidence of the voters as the deadline for campaigning for the June 23 Atmakur byelection ended on Tuesday evening.

The Ministers and ruling party MLAs highlighted the welfare schemes launched by the government to benefit each and every family, and expressed confidence that the party would retain the seat for the third time in a row with a huge margin.

BJP national spokesman and Rajya Sabha member G.V.L. Narasimha Rao, along with party State president Somu Veerraju, joined party candidate G. Bharat Kumar Yadav in impressing upon the voters saying that the BJP alone could ensure development in the backward Atmakur, which remained neglected though represented by three Ministers in the past.

The BJP candidate, backed by the Jana Sena Party of actor-politician Pawan Kalyan, focused his attention on door-to-door canvassing and highlighted the financial assistance provided by the Centre to the State.

The main opposition, the TDP, had not fielded its candidate going by a convention set in the past to allow victory for a member of the deceased MLA’s family member.

Meanwhile, District Joint Collector and Returning Officer M.N. Harendhira Prasad put in place a fool-proof arrangement by drafting over 1,300 staff for the purpose. Superintendent of Police Ch. Vijaya Rao said a three-layer security with over 1,000 personnel, including three companies of Central forces, was arranged for the byelection caused by the demise of M. Goutham Reddy.

The third and final round of electronic voting machine randomisation process was taken up in the presence of Election Commission observer Suresh Kumar and District Collector K.V.N. Chakradhar Babu.

“No one will know which EVM will be allotted to a particular polling station, thus making swapping or tampering of EVMs impossible,” officials said.

A delegation of BJP leaders submitting a memorandum to Election Commission observer Suresh Kumar on Tuesday.

Meanwhile, a delegation of BJP leaders called on Mr. Suresh Kumar and demanded conduct of the byelection under the control of the Central para-military forces.

The BJP leaders demanded stepping up of security in the polling stations, especially in Atmakur, A.S. Peta and Anantasagaram mandals, where it feared rampant electoral malpractices by the ruling YSRCP.

They wanted the officials to ensure that village and ward volunteers were kept way as the YSRCP allegedly made arrangements to bring people with fake Elector’s Photo Identity Card (EPIC) from outside the constituency to rig the election.