The Aam Aadmi Party will contest all 182 seats in the Gujarat Assembly elections next year, the party’s convener and Delhi Chief Minister Arvind Kejriwal announced on Monday.

At a press briefing, Kejriwal said there was now a credible alternative to the Bharatiya Janata Party and the Congress. “The people in Gujarat wonder why electricity in their state is so expensive, when Delhi has free, 24-hour supply,” he added.

The Delhi chief minister spoke about how his government improved schools and hospitals in the national Capital. He said that Gujarat will also witness a similar change.

Kejriwal hit out at the BJP and Congress, alleging that they were responsible for the present condition of the state. “It is said that the BJP controls Congress in Gujarat,” Kejriwal added. “This cannot go on. Who will take care of Gujarat?”

The AAP leader also inducted senior Gujarati journalist Isudan Gadhvi into his party. “I am confident that Isudan Bhai will definitely fulfill the dream he has for Gujarat, together with the people,” Kejriwal said. “Now Gujarat will change.”

Assembly elections in Gujarat are scheduled to take place in December next year. The BJP, seeking to retain power in the state, has begun its planning.

On Friday, the BJP’s Gujarat in-charge Bhupender Yadav held a meeting with the party’s core committee to discuss the elections, The Indian Express reported.

Unidentified officials told the newspaper that BJP leaders also discussed ways to handle the Covid-19 situation, in case the third wave hits the state ahead of the elections.

The BJP government in Gujarat has been severely criticised for its Covid-19 management. Regional media reports from last month showed that the government was massively undercounting deaths. 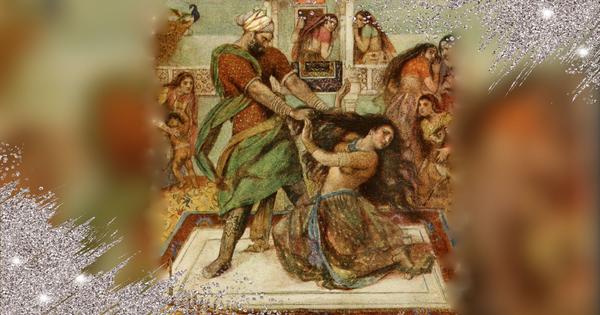 Why have we lost the spirit of questioning handed down by the Vedas, the Upanishads, the epics?