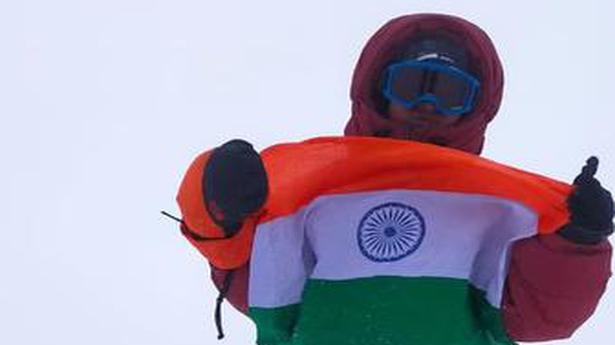 With an elevation of 5642 meters, Mt. Elbrus is a fine ascent that requires mountaineering skills, although altitude and unpredictable weather make for a challenging and adventurous trip

Eight-year-old Gandham Bhuvan Jai hailing from Kurnool scaled Mount Elbrus, the highest mountain in Europe, on September 18 and could be one of the youngest to summit the 5,642 meters (18,510 ft) dormant volcanic dome in southern Russia.

Son of former Anantapur District Collector Gandham Chandrudu, Bhuvan along with other team members are on their way back to India. A youth from Dharmavaram, Mukkera Purushottam, had scaled Mt. Elbrus, a month ago on August 15. Mount Elbrus is the highest peak in Europe, and one of the Seven Summits.

Climbing Mt. Elbrus exposes the mountaineers to treacherous weather and extreme physical strain. The sports coach of Rural Development Trust (RDT) at Ananthapuram, Shankaraiah had trained Bhuvan, a student of IIIrd Standard, in school while he used to stay there at Anantapur. A mountaineer himself Mr. Shankaraiah, had scaled Mt Kilimanjaro, Africa’s highest peak last year. Later, technical and altitude training have been provided at Adventure Sports academy, Gandikota, in Kadapa District.

With an elevation of 5642 meters, Mt. Elbrus is a fine ascent that requires mountaineering skills, although altitude and unpredictable weather make for a challenging and adventurous trip. Located in the Russian republic of Kabardino-Balkaria, the peak rises 18,510 feet from sea level. The Elbrus has two summits, both of which are dormant volcanic domes. The taller, western summit is 5,642 metres (18,510 ft); the eastern summit is 5,621 metres (18,442 ft).

The expedition team consists of Mr. Shankaraiah, Naveen Mallesh from Bangalore, and Anminsh Bhupathi Raju Varma from Visakhapatnam, who had climbed Mt. Everest this year and he also brought laurels to our country by winning gold medals for the country in several kickboxing international championships.

Bhuvan Jai thanks his parents and coaches for the encouragement and opines that many more children could achieve such a feat if an opportunity is given.