A few days after the pandemic hit the State, a handful of young men, wearing yellow T-shirts, took the initiative to perform the last rites of COVID patients whose families had reservations in either burying or cremating them. And when the second wave hit the State, these people have been negotiating their way around a strict lockdown and security personnel, to ensure that the deceased get a decent, final farewell.

Syed Jalaluddin Zafar of Youth Welfare Telangana (headquarters in Chatrinaka) says that the organisation has thus far performed the last rites of dozens of people who were either COVID positive or displayed symptoms seen in those who have been infected. Their work takes them to different parts of the city, even during odd hours of the lockdown.

Mr. Zafar says, “Our volunteers are facing some hurdles during lockdown hours when they are on the way to or from funerals. They are stopped at checkpoints on half-a-dozen occasions by the police. We had to explain what we are doing. Since we have a lot of funerals to perform everyday, time is of the essence. It will be great if police issue us passes.”

The team of around 60 volunteers in Hyderabad, and 160 in the State, have also been grappling with relatives insisting that the body be given ghusl (last wash) before the burial. Mr. Zafar says that religious scholars had opined during the first wave that COVID bodies do not require a ghusl.

“We did try to explain this to the relatives, but many of them are not willing to forego the ghusl. This is why we have now decided to have a mobile ghusl van where the last wash can be given. We have given a vehicle to the workshop for modifications. The vehicle should be ready in about a week,” he said. The organisation has a team of four women volunteers who perform the ghusl of bodies of women.

Volunteers of the organisation have also dealt with managers of graveyards who have been unwilling to allow burials, arguing that grave space was reserved for those living in neighbourhoods. Another issue, he pointed out, is negotiating with those who are in-charge of Christian cemeteries. The kin of the deceased who were not associated with churches have been facing problems in getting their relatives buried, he said.

“Very recently, we buried a Christian woman who was a native of Andhra Pradesh and had moved to Hyderabad 15 years ago, but was not a member of any church. We had to bury her at an independent graveyard,” he said.

Mr. Zafar claimed that so far his team had performed the last rites of around 600 people.

“To be on the safer side, we take copies of ID proof of the deceased and a relative, and documents pertaining to medical history. For those who have died with COVID symptoms, but did not get tested, we ensure we are in PPE kits while performing the funeral. For the deceased who had tested positive and died, performing the last rites wearing PPE kits is a must,” he said. 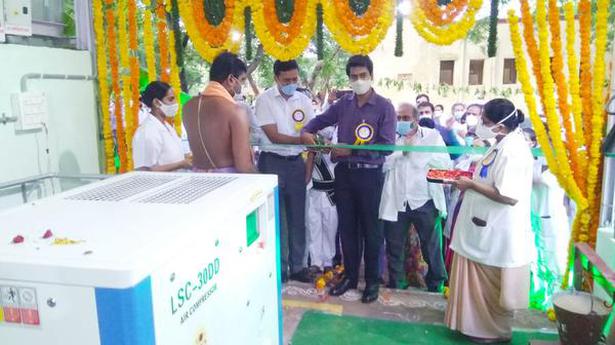