Crime Today News
You Are Here Home India Why Does Telangana Celebrate Death and Call It Justice?

On 16 September 2021, the mutilated body of 30-year-old Pallakonda Raju was found on a railway track. He was wanted by the police, with a bounty of Rs 10 lakh on his head, for the alleged rape and murder of a 6-year-old girl from Saidabad near Hyderabad.

When pictures of his tattooed, bleeding arm surfaced on social media, Telangana cheered.

“He is dead. Justice is served”, said TRS, Congress, and BJP politicians – in one voice. In fact, a day before Raju’s death, no one less than Telangana’s Labour Minister, Malla Reddy had actually said that the rape and murder accused ‘will be killed in an encounter.

But why does Telangana celebrate such gruesome deaths? Or, why was Raju’s death celebrated? Yes, he was accused of a heinous crime. But should the death, of anyone, even the vilest person, be celebrated?

Encounters: From Naxals to Rape Accused

The answer to this goes back to the 1970s. The death of persons accused of crimes has been celebrated in Telangana and Andhra Pradesh, which were one state till 2014, for over 50 years. And extra-judicial killings are celebrated with even more fervour.

To understand this, rewind to the Srikakulam Peasant Uprisings, that took place in undivided Andhra Pradesh between 1968 and 1971. Extra-judicial killings or ‘encounter killings’ as then Chief Minister Jalagam Vengal Rao called them, were widely used to suppress the armed rebels. ‘Encounter killings’ meant that an accused was killed during an encounter with the police.

Through the 1970s, encounter killings were used to suppress the People’s War Group…the pre-cursor to the present-day Maoists.

After a lull in the 80s, in the 1990s, under Chief Minister Chandrababu Naidu, Naxal outfits in Andhra were again targeted by ‘encounter killings. The frequency of such killings went down when Naidu himself was targeted by a Naxal attack in 2003.

But by then, the word ‘encountered’ had entered the Telugu dictionary.

People simply prefer to say — He was ‘encountered’ – instead of saying ‘He was killed in a police encounter’.

Since the mid-2000s, Maoist presence in Telangana has gone down drastically. But, encounter killings continue. Just the targets have changed. Now, most people accused of violent crimes, especially rapes and other attacks on women, are ‘encountered’. And a lot of people in the state cheer these encounters, as such killings have been ‘normalised’ over the years.

In December 2008, three men who were accused of attacking two women with acid in Warangal were killed in an ‘encounter’. Country-made weapons were found near the dead bodies. The police claimed that the accused had tried to flee after attacking some police officers. Large crowds gathered before police stations and in major towns to celebrate this ‘encounter’. Even women and children celebrated these deaths.

Similarly, in December 2019, four men who were accused of raping and murdering Disha, a young veterinary doctor, were found dead, killed in an encounter in Mahbubnagar district. Again, the crowds cheered and congratulated the police.

Between these two encounters – 25 others have also fallen to Telangana’s ‘encounter culture’. Twenty of them were accused of red sandalwood smuggling. Five were terror accused who were being transported from prison to a court hearing.

Each time, the cream of Telangana’s civil society mostly stayed silent. And many laypeople said, “Good that it happened.”

But is this not just bloodlust in the garb of justice?

When Telangana Minister Malla Reddy said that Raju ‘will be killed in an encounter, it seems he was playing to the gallery. And then, when Raju’s body was found on the railway tracks it became #JusticeServed. Everyone was happy.

But does suicide by an accused or a fake encounter… serve justice? Why not nab the accused and conduct a legal trial in court? Isn’t justice truly served when the due process of law is followed? Can’t the police and the courts serve justice in Telangana?

Judicial experts think that the popularity of mob justice and extra-judicial killings are making the judiciary, the third pillar of our democracy, redundant. Our law and order, and judicial system could collapse.

Here, the question is not whether Raju is guilty. The question is that every accused person must get their day in court and be tried by the law of the land. Instead, if we celebrate the death or an encounter of the accused, that is mere bloodlust. Barbaric.

We are above that, Telangana. Let’s take the high road. 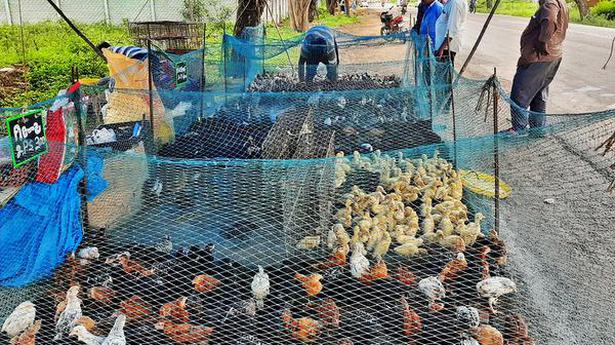