You Are Here Home Judiciary “We need to strengthen relevant infrastructure” 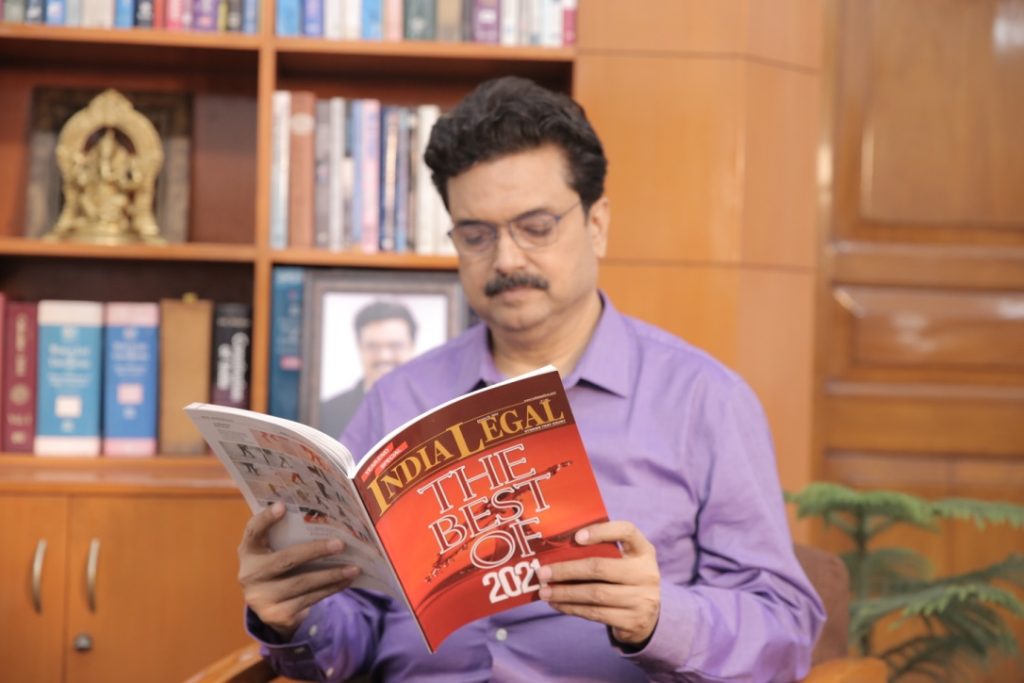 Q. Delhi University is celebrating 100 years of its existence. Its growth from three colleges in 1922 to 90 colleges at present and its contribution to India’s struggle for Independence and nation-building is noteworthy. How do you see this journey?

Q. It is interesting to note that you had the opportunity to celebrate anniversaries of several educational institutions of which you were in charge. Now under your stewardship, Delhi University is celebrating its centenary year. What are your plans for the centenary celebrations?

A. We are celebrating centenary year on a wide canvas. We held yoga diwas. We organised a session in which education minister and home minister participated. The theme of the conference was “Revisiting the ideas of India: Swaraj to new India”. The government of India had released a 100 rupee coin. The Department of Post released a stamp with the DU logo on it. It gives me great happiness to see the transformed life of students. It has been a blessing that I have been associated with the anniversary celebrations of so many institutions.

Q. You took charge as the vice-chancellor of Delhi University at a time when corona was raging. It was a period when the government’s policy on education was also getting reshaped. It must have been challenging times. Now, how do you see the road ahead?

A. No doubt, Covid was a traumatic and challenging period. Now we have come out of it. As for the centenary celebrations, we plan to invite unsung Padma Shri recipients in the university. These personalities have transformed society in their own unique ways. We would like them to share their experience and inspire the younger generation.

Furthermore, in sync with the new education policy of the government, we had prepared a draft policy and we are implementing it in our university in curriculum. Admissions have started, too, for the new course.

We have reworked norms of entrance exams for admission in university for plus-two students. Different states have different examination standards; some are lenient, some strict. Hence, marks vary. To cater to students of various students and provide them with a fair playing field, we have adopted the Common University Entrance Test (CUET) of the central government. Now, admissions will be done via CUET. It is our commitment to provide equal opportunity to one and very student.

Q. No doubt that CUET has added one more layer of exam in the career of students, but it needs to be stressed that the test will choose the meritorious and the real worth of the students will be assessed.

A. I see the potential of fair opportunity to all. It won’t be biased against the city students vis-a-vis the rural students. I had proposed to the government to organize CUET twice a year, which might become a reality. The response is overwhelming. Eleven lakh students had participated in the CUET. This shows its acceptance.

Q. Is the digital era teaching moving rapidly towards the online mode? How prepared is Delhi University for this transition? Will it affect the quality of teaching and teacher-student interaction for which the Delhi University is famous for?

A. Online teaching came at a time when corona was raging. Online teaching provided for uninterrupted classes in crisis situation. The fact of the matter is that colleges are not only study centres, but also places of social interaction which foster the overall development of students. Education system encompasses guru-shishya parampara, classroom learning and peer learning. These elements are vital. Hence, I don’t think any online system can take the place of classroom education. Online education in Delhi University will be only supplementary. Online classes is good for second level teaching, where people want to upgrade degrees in the later part of their career. In the initial or first level of the career, debates, discussions and one-to-one interactions are needed to widen perspective and analytical thinking. Students need playground and friends. So, we need to strengthen relevant infrastructure. Our main aim is to develop well-balanced individuals.

Q. Female students form a sizeable chunk of the university’s population. What plans do you have for female students?

A. Female students come from all corners of the country. Taking this into consideration, we have decided to build two girls’ hostels to accommodate outstation students. As of now, we have all-girl colleges which give exclusive access to girls. We have also tried to identify courses in which the representation of girls is less so that the shortfall is made up. But, more than reservation or special treatment to girl students, we want to provide a conducive environment for girl students where they can come and study freely without any kind of fear.

Q. Adhocism in teacher recruitment is a general malaise. Delhi University has also not remained untouched by it. How do you see the issue?

A. Adhocism is not only a problem for Delhi University alone, it is a common issue in all colleges. Almost 50% posts are vacant. We are proactive in this matter and have begun interviews on a war footing and are sure that vacancies will be filled up quickly. For the last 11 years, I have had the good fortune to be the vice-chancellor of various universities. I have never shied away from challenges. I initiated construction activities when I was advised to refrain from them. I recruited teachers ignoring the advice not to recruit. I have always believed in a constructive change and worked for it.

Q. Funding is a major issue for universities. How is your experience in money matters?

A. Lack of funds can be a good excuse for people who don’t want to work. We can always look up to central government for funding. We are also trying to tap higher education funding agencies for money. DU is a centre of eminence and fund crunch shouldn’t handicap us. We have recently prepared a Rs 1,000-crore plan and submitted. We have a Rs 5,000-crore plan ready. We have formed a company to tap funds. The company will organize funds and contributions from the alumini; it will cater to CSR funding as well. Organizing funds is a troublesome task. Teachers are quite averse to asking for funds. So, this company will work professionally to garner funds and it will be headed by a CEO. The funds gathered in such a way will be used for developing university facilities.

Q. The student years are a critical phase. There are many ways by which students can go astray. They may get involved in politics or they might indulge in some acts which are not socially acceptable. Many reputed universities have such problems. What advice do you have for students who are at this crossroad?

A. As I said colleges are places for the development of mind, career and personality. It is a place where a human being is shaped. I advise students to take full advantage of college life—learn and grow. But, never waste your time. Don’t indulge in unlawful activities or socially reprehensible acts. I often hear that this university has given so many political leaders or ministers. To which, I invariably reply—but how many lives have gone adrift by this process. There is a vital need to keep the thought process of the students on the right track. Nation building can only happen through character building. Love for the country should be inculcated. When this doesn’t happen, it means that the education system has failed in the institution. In whichever institution students raise anti-nation slogans, it clearly means that its education system has failed.