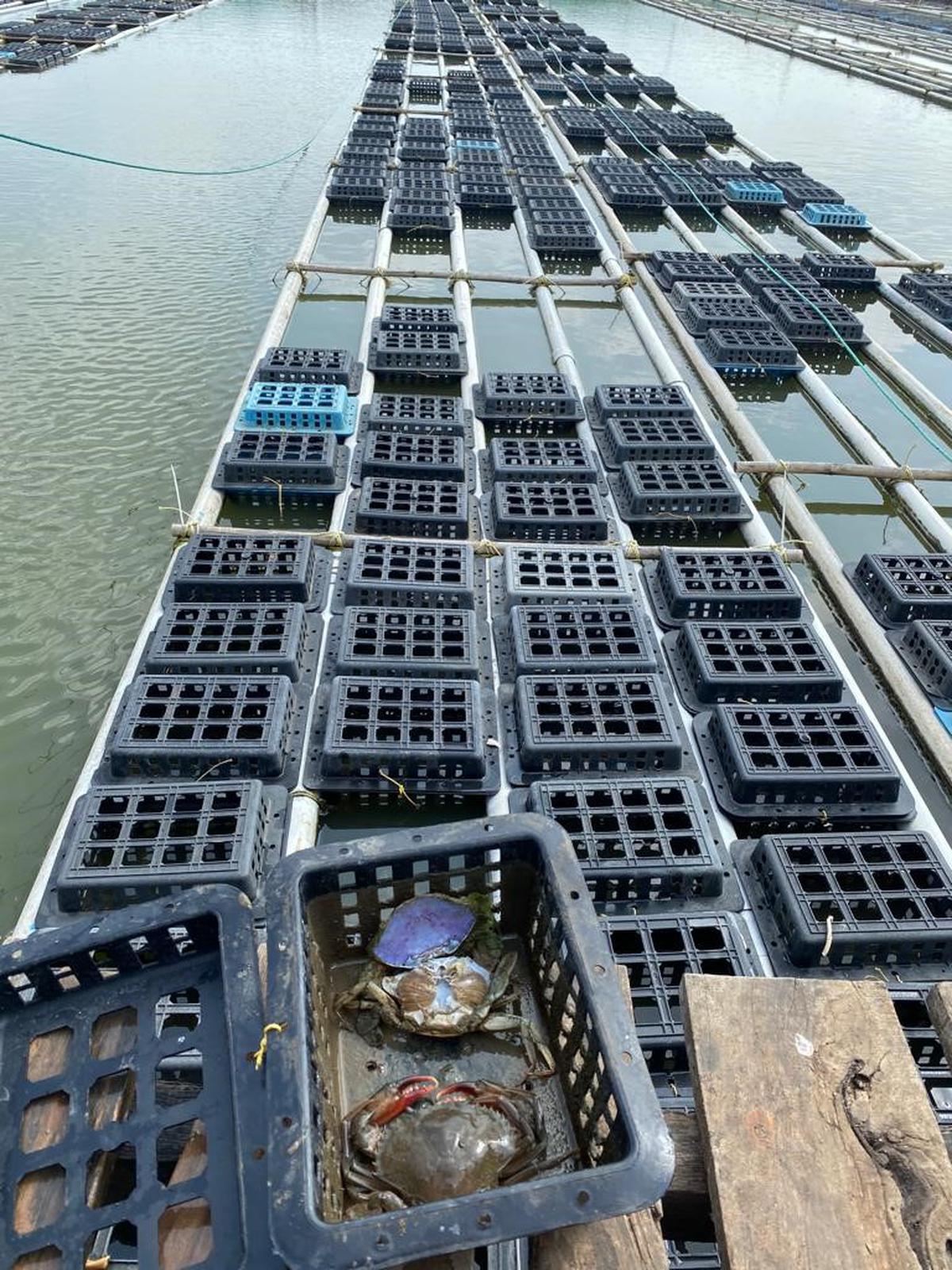 Soft-shell crab farming in the islands of Nagayalanka has emerged as a rewarding aquaculture venture in Krishna district.

Even as not many entrepreneurs are practising this painstaking farming in the region, they say high demand for soft-shell crabs in major cities in India and the East Asian countries has made it lucrative proposition.

A kilogram of crab is sold for ₹200 to ₹250 before moulting, while they fetch ₹600 to ₹700 after moulting. Soft-shell crab are being preferred by many eateries now as the dishes are easy to prepare and there is minimum wastage, says Fisheries Development Officer, Avanigadda M. Ravi Kumar.

More than 5,000 boxes can be accommodated in a one-acre pond for growing soft-shelled crabs, says official.

Soft-shell crabs are grown in specially designed boxes in aquaculture ponds. However, water with more than 12% salinity levels are preferred for the venture. Soft-shell crabs faming is being practised at Gullalamoda and Sangameswaram villages in Nagayalanka mandal.

Red crab species procured from the locals are used as seed. Red crab weighing about 70 gram to 100 gram is placed in a box until they moult. Crabs take at least 45 days to moult. Soft-shell carbs are grown in boxes partially submerged (up to six inches) in ponds through a frame installed above the water level, explains Mr. Ravi Kumar.

To ensure that crabs are picked immediately after moulting, the boxes are checked frequently every day. “If crabs are not picked within hours of moulting, the soft shell turns harder. The weight of the crabs doubles after moulting. They are frozen, packaged and exported,” says Mr. Ravi Kumar.

The boxes are accessed through catwalks built on the pond. The crabs are exported to various countries from Kerala, Mumbai, Chennai and other cities, he adds.

“We check the boxes thrice a day, pick the right ones for harvesting and freeze them. We are selling the crabs to buyers in New Delhi and Mumbai. I started this venture with 3,000 boxes in a one-acre pond six months ago and it has been remunerative,” says 19-year-old B. Bala Ravivarma from Sangameswaram village, who studied fisheries at M.V.K.R. Fisheries Polytechnic College in Avanigadda.

The officials say that more than 5,000 boxes can be set up in a one-acre pond.