You Are Here Home HYDERABAD Two killed in Wanaparthy accident 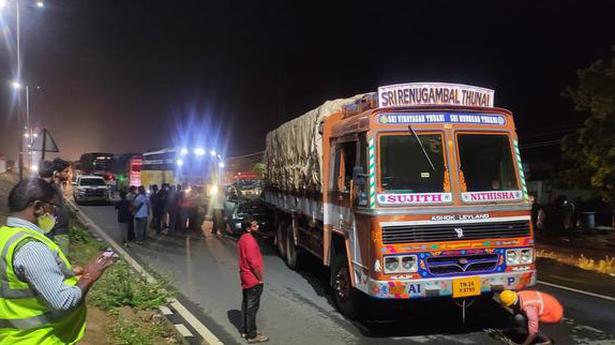 Two persons were killed after the SUV they were travelling in crashed into a lorry on National Highway No. 45 at Mumalapally village in Wanaparthy district in the wee hours of Monday.

The victims, Anand Kumar, 36, and his driver Noor Mohammed, 35, from Anantapur district in Andhra Pradesh, were coming to Hyderabad for the former’s medical treatment. Recently, Anand underwent a leg surgery and he had a doctor’s appointment at Nizam’s Institute of Medical Sciences on Monday.

According to Kothakota circle inspector Y Mallikarjun Reddy, the accident took place between 2.30 a.m. and 3 a.m. and there were no eye-witnesses to the ghastly road accident.

“We suspect the driver could have lost control and rammed a moving lorry from behind as he dosed off on the wheel or the lorry driver could have applied sudden brakes to avoid hitting a stray dog or other animal crossing the highway,” he said.

The lorry was carrying empty liquor bottles from Tamil Nadu to Hyderabad. The lorry driver fled from the spot and there were no CCTV cameras in the area.

He said that they have noticed lorry tyre skid marks near the accident spot.

“With tyre skid marks just a metre away from the spot, we suspect the lorry driver applied sudden brakes to avoid hitting something,” Mr. Reddy said. 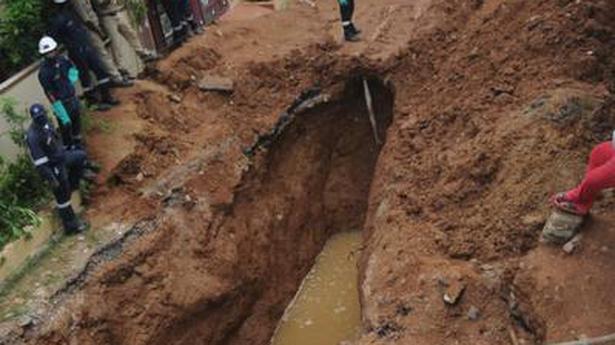 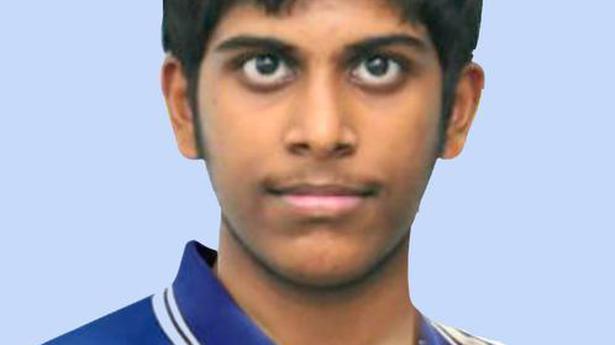 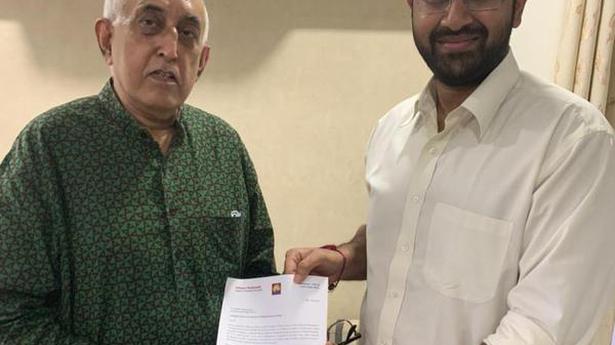