You Are Here Home Telangana The NIMZ bedlam 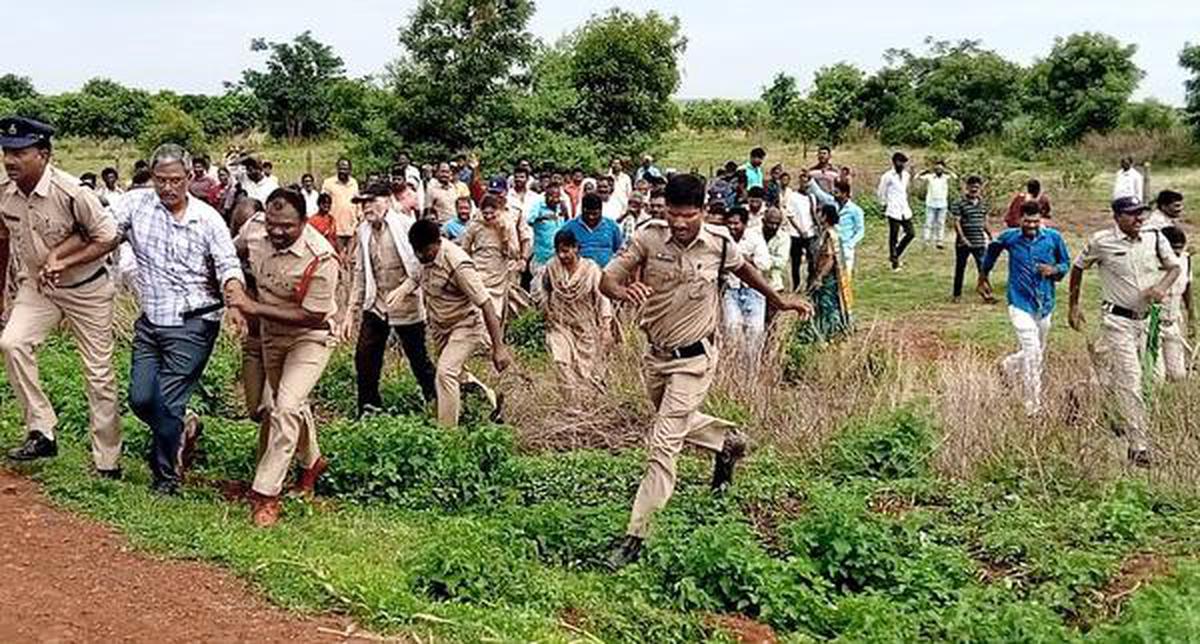 With IT, Industries and Municipal Administration Minister K. T. Rama Rao performing the bhoomi puja for VEM Technologies for its Integrated Defence Systems facility, spread across more than 500 acres, at Zaheerabad on Wednesday.

The Telangana government has been wooing South Korean automotive giant Hyundai to set up a plant at the National Investment and Manufacturing Zone (NIMZ) in Nyalkal and Jarasangam mandals near Zaheerabad of Sangareddy district, about 120 kilometres from Hyderabad for the last few years.

Preliminary discussions had already taken place with the company and it is expected to pump in about ₹1,400 crore. The Memorandum of Understanding (MoU) will be signed shortly for taking over about a 500-acre land for it, senior officials informed.

British EV Tech start-up One Moto has also come forward to establish an electric vehicle unit as well as a lithium ion battery manufacturing unit at an estimated investment of ₹400 crore, according to top officials. A board set up by the Telangana government
| Photo Credit: MOHD ARIF

Triton, an US-based EV manufacturing industry, has also come forward to open its shop at an estimated investment of ₹1,200 crore and a pact was signed in June last year. A team of officials from Triton accompanied by TSIIC Vice-Chairman and Managing Director Narasimha Reddy visited Zaheerabad to have a look at the place where they would be allotted land by the government.

From these developments, it is quite clear that the State government has been going on an overdrive to woo investments into this manufacturing zone, proposed to be over 12,000 acres, when land acquisition is completed. 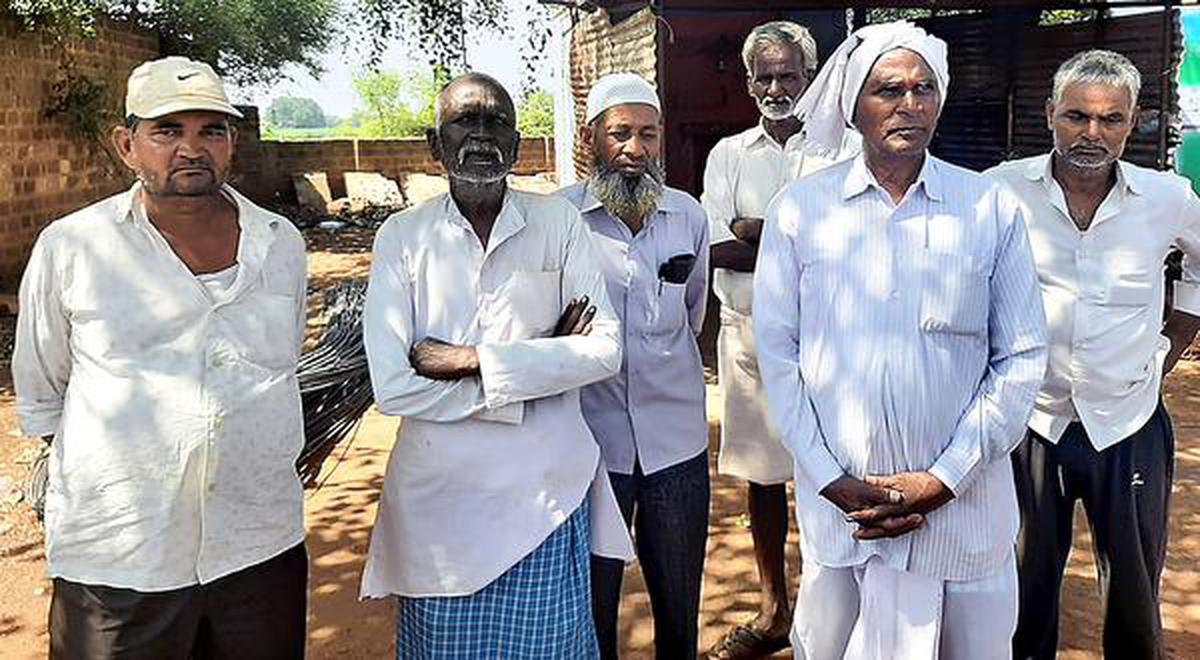 The NIMZ was initially announced by the Central government in 2011 under the National Manufacturing Policy (NMP) to give a boost to the manufacturing sector.

The government had earlier formed a Special Purpose Vehicle (SPV), Zaheerabad NIMZ Limited, made L&T Infra Engineering as consultant for master planning, infrastructure designs and environment and social impact assessment (ESIA) study. These studies were completed and environment clearance was obtained after public hearing (on January 2021) by the  Expert Appraisal Committee (EAC), Ministry of Environment and Forests for the project.

A direct 9-km road connecting NIMZ to NH-65 Mumbai Highway in the outskirts of Zaheerabad was proposed to be laid and the government decided to acquire about 63 acres for it. The notification for land acquisition was issued.

Woman Farmers at Bardipur on Wednesday during the public hearing on NIMZ in Sangareddy District
| Photo Credit: MOHD ARIF

The area has some unique advantages. For instance, Metalkunta railway station is only 1.5 km from NIMZ and 10 km from Zaheerabad town, and the newly-proposed Regional Ring Road (RRR) would be within 40 km that can be connected to Peddapur near Sangareddy district. Besides, Outer Ring Road (ORR) would be within a reach of 55 km at Muttangi near Patancheru, the officials added.

Besides, NIMZ is located on the borders of Karnataka near Bidar, which means it is an opportunity for entrepreneurs to reach out to markets of both the States with ease. The Rajiv Gandhi International Airport (RGIA) at Shamshabad is a one-and-a-half hour drive from here while Bidar airport is about 17 km away.

The government has identified land to an extent of 12,635.14 acres in 17 villages of Nyalkal and Jarasangam mandals in Sangareddy district. Under Phase I, out of an area of 3,909 acres, 3,100 acres has been acquired. The total project cost is expected to be around ₹13,300 crore and investments to the tune of ₹60,000 crore are expected.

Senior officials informed that the TS government had sought financial assistance of ₹5,171 crore from DPIIT, Ministry of Commerce & Industry, to develop external infrastructure and ₹884 crore for developing internal infrastructure under NIMZ but yet to receive any response, as the challenge is to take over the remaining 9,000 acres even as land rates have hit the ceiling.

Mr. Rama Rao has already directed the district administration and public representatives to be liberal in giving compensation to the farmers losing their land over and above official rates. “We have already signed agreements with three manufacturers – Triton, One Motto and VEM Technologies. The pact with Hyundai would be signed soon. Discussions are on with another 15 companies to open their units here,” said Industries Secretary Jayesh Ranjan.

To ensure locals get skilled or even semi-skilled jobs in the units that are coming up, the government has decided to establish six ITIs, four polytechnic, three engineering, eight technical training centres and three degree colleges by 2040.