You Are Here Home INDIA Swapan Dasgupta re-nominated to Rajya Sabha in a ‘tearing hurry’ despite Covid crisis, says TMC Dasgupta had resigned from the Upper House on March 16 after questions were raised about him contesting the West Bengal Assembly elections on a Bharatiya Janata Party ticket despite being a nominated MP. However, he lost the Tarkeshwar constituency to his Trinamool Congress rival Ramendu Sinharay by margin of 7,484 votes.

On Tuesday, a notification by the Centre said that President Ram Nath Kovind has re-nominated Dasgupta to the Rajya Sabha for the reminder of the term till April 24 next year.

At a press conference, Trinamool Congress spokesperson Kunal Ghosh said Lok Sabha Speaker Om Birla did not disqualify membership of former party MPs Sunil Mondal and Sisir Adhikari, who had switched over to the BJP ahead of the polls but did not step down, according to PTI.

“He [Dasgupta] is again nominated to the Upper House of Parliament in a tearing hurry even during the Covid time,” Ghosh said. “We resent this.”

Ghosh also said that Trinamool Congress leader in the Lok Sabha, Sudip Bandyopadhyay, has written to the Speaker twice, in January and May, seeking disqualification of Mondal and Adhikari but received no response from him. “If the delay in the response could be attributed to Covid-19 situation in the country, we wonder how Dasgupta’’s renomination after defeat in polls can be fast-tracked,” he wondered.

TMC’s chief whip in the Rajya Sabha Sukhendu Sekhar Ray told The Hindu that the government was setting a bad precedent by making such decision. “I do not think it has ever happened in the history of the Rajya Sabha that a person who resigned just a month back is renominated by the president of India,” he added.

The president nominates renowned personalities to the Rajya Sabha on the advice of the government, usually from fields such as literature, science, sports, art and social service. Referring to this, Ray said, “And now, the president is forced to nominate a person who fought on BJP ticket just a month back.”

The chief whip said Dasgupta was being “rehabilitated by the backdoor” after losing the elections. “The BJP, it seems, does not have educated people to run the show, so they are holding on the ones they have,” he added. 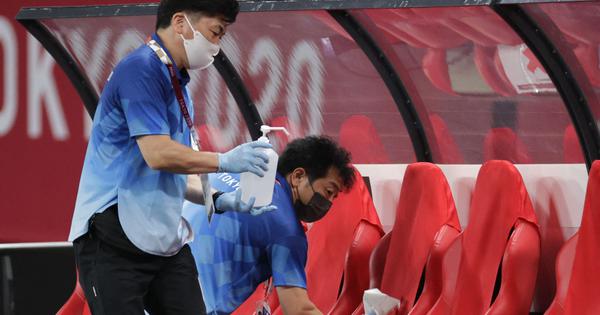