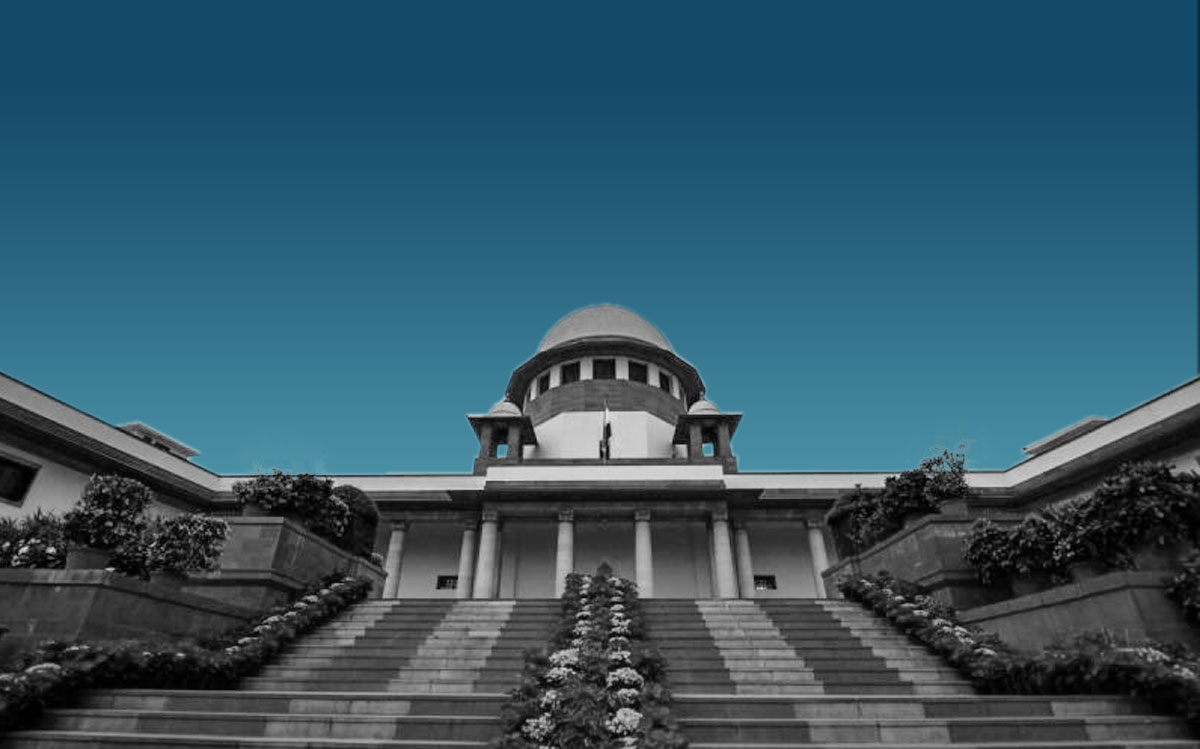 The Supreme Court has asked the Maharashtra government to file the status report in a plea filed by Harshad Purushottam Mehta against the Bombay High Court order which had rejected his bail plea raised on the ground that he has served more than one half of the maximum sentence for the offences he is accused of.

The Bench of Justice L. Nageswara Rao, Justice Sanjeev Khanna and Justice B. R. Gavai has listed the matter for further hearing on September 28. The Bench heard Arjun Garg, advocate on behalf of the petitioner, and Rahul Chitnis, advocate for the state of Maharashtra, and observed that even after six years, the trial has not commenced yet.

The Court has asked Chitnis to take instructions about how much time it will take to commence trial of the petitioner and submit all the particulars in the status report. Garg submitted before the Court that petitioner is in jail for the period of more than 6 years and though the chargesheet has been filed in 2018, the trial has not commenced yet.

He further submitted that all the other co-accused have already been enlarged on bail on which Court has cleared its intention not to take this point into consideration by replying that petitioner is the mastermind of all the play.

The Supreme Court had previously issued notice on the plea on 15.09.2020, and had directed the State to file the counter affidavit.

Facts of the Case

The issue arises when the complaint was filed by Tejpal Shah, Director, Red Eye Production Private Ltd. This company was holding shares of Ashtavinayak Cine vision Limited (Hereinafter called as the ‘Said Company’) of which, the son of the petitioner is the chairman and managing director of the said Company.

A suit was subsequently filed by the complainant, which then culminated into arbitration proceedings wherein the Consent Terms were fled whereby the said company was directed to pay Rs 41 crore to the complainant. Then 12 post-dated cheques were issued, however, barring cheques for the value of Rs 4.73 crore, rest were dishonoured upon presentation. Subsequently, the complainant has filed proceedings under Section 138 of the Negotiable Instruments Act.

Thereafter, it appears, the complainant and other 154 shareholders of the said Company also filed a petition before the Company Law Board whereby the proceedings disclosed that the Managing Director of the said Company, Dhilin Mehta had incorporated various sham companies, entered into bogus agreements and then transferred funds to overseas subsidiary companies, which were found misappropriated to the tune of Rs 824.68 crore and had thereby cheated shareholders.

It is alleged that during the period April, 2007 till March, 2012, the said Company had raised Rs 134.97 crore by issuing foreign currency convertible bonds; Rs 336.95 crore by issue of Equity shares; Rs 474.12 crore from the banks, financial institutions and private parties. It is complainant’s case that Chairman of the said Company had entered into agreements with bogus companies namely 1) Suryojit Enterprises Pvt. Ltd. 2) M/s. V.K.Entertainment 3) E Force India Pvt. Ltd. 4) M/s. Armaan Entertainment Private Ltd. and 5) M/s. Century Pictures and had paid an aggregate amount of Rs 296.25 crore.

Agreements entered into with these companies for producing feature films in the regional languages were sham and bogus. The subscribers and the directors of five companies were alleged to be close relatives, associates and/or former employees of the said Company. It is further alleged in the year 2008, a subsidiary company named Shri Ashtavinayak Cinevision FZE was incorporated in Dubai and as per the financial reports of the said Company for the year 2010-2011, an amount of Rs.444.53 Crores was transferred by the said Company to the said subsidiary company by way of loan. The said amount was further paid by subsidiary company to five entities for producing feature film. However, investigation shows, these agreements were also sham and bogus.

It is the prosecution’s view that feature films for which agreements were entered into were neither produced nor were the funds returned by the said subsidiary companies. The sum and substance is, bogus agreements, which were executed were intended to siphon off the funds of the said company. Investigation further revealed that from the bank accounts of the said company, funds were transferred to the accounts of 24 individuals and their Demat accounts were opened by Mr. Vipul Simaria on the instructions of the applicant and the money was used for rigging share price of the said Company. Statement of the D-Mat account holders recorded under Section 164 of the Code of Criminal Procedure, 1973 (‘Cr.P.C.’ in short), were, found infact needy and poor people. Prosecution has placed on record summary of such Demat accounts and the amount transferred to these accounts to the tune of Rs. 663,53,10,992/-.

Thus, the offences registered against the applicant and the co-accused constituted deep-rooted conspiracies involving huge funds.

Petitioner has raised the contentions before high court to get bail that since the applicant is in jail for four years and ten months, i.e., upto one-half of the maximum period of imprisonment, which he may suffer on conviction, applicant is entitled to seek his release on bail in terms of Section 436A of the Cr.P.C. In determining whether to grant bail, both the seriousness of the charge and severity of the punishment should be taken into consideration.

The High Court has rejected the bail of the petitioner having the view that in light of the facts of the case and the seriousness of the offence, the applicant was not entitled to seek benefit of provisions of Section 436 of the Cr.P.C. The High Court after going through the final report and the evidence brought on record against the applicant before high court and petitioner herein is of the view that all the records  justifies continuation of his detention in the judicial custody for the period longer than he had already undergone.

Being aggrieved by the judgement passed by the High Court, the petitioner has approached the Apex Court.

CASE NAME- HARSHAD PURSHOTTAM MEHTA vs. THE STATE OF MAHARASHTRA