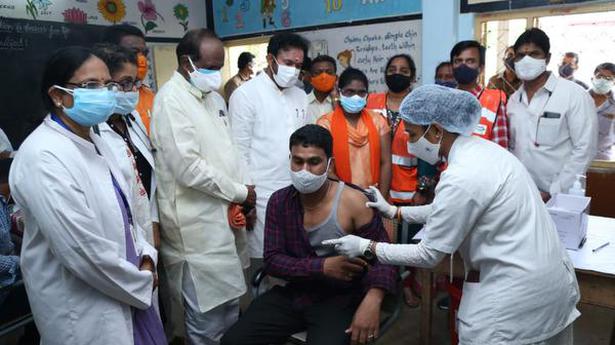 Union Minister of State for Home G. Kishan Reddy had to do some fire fighting when he visited the Nampally Area Hospital on Monday morning. While he was there ostensibly to check on the ongoing COVID-19 vaccination drive, he noticed a huge crowd at the hospital. On probing further and going around the wards, the hospital medical and health personnel poured out their tales of woe.

Apparently, the 350 KV transformer burst a long time ago due to excess load and the replacement is not sufficient. Result is that the X-ray machine at the hospital which requires three-phase power is not working, forcing scores of patients to go out for such tests. The 100-bed hospital has been plagued with low voltage fluctuations causing many computer systems and others to go bust and the roof is leaky all through even in the paediatric ward, whenever there is a downpour. A proposal to build a separate out-patient block has been pending for years.

Mr. Kishan Reddy called up the engineering wing official concerned and also the TS power distribution firm general manager even as he was being shown around, to urge them to provide the right capacity transformer without further delay, ensure there are no voltage fluctuations and take up immediate repairs for the building, especially the faulty wiring.

“We will look into the money aspect later but first please install the transformer. This is a public hospital catering to a large section of the poor, especially from the minority community. There are pregnant women coming here for tests,” he pointed out.

The Minister made an effort to talk to the district collector but she was not available. He requested the hospital in-charge to present him a list of immediate works to be taken up and promised to return to check on them soon.

Earlier, Mr. Reddy accompanied by senior BJP leader and national OBC Morcha president K. Laxman also visited the vaccination centres at Kavadiguda and Domalguda, where he stated that the Centre had made a plan to make available 300 crore vaccine doses so that at least one dose is given to the entire population by the year-end.

“It takes 128-140 days for the indigenous vaccine to come out of the manufacturing unit and there are raw materials issues, but Prime Minister Narendra Modi is personally monitoring the biggest vaccination exercise in the world. The Centre was forced to take over the project as the States had failed in this aspect,” he claimed.

Mr. Laxman lamented that the vaccination pace has been laggard in Telangana when compared to neighbouring Andhra Pradesh, and urged Chief Minister K. Chandrasekhar Rao to be the ‘role model’ and exhort citizens to get vaccinated as it is the only solution to deal with the pandemic apart from COVID appropriate behaviour of face masks, hand hygiene and social distancing. 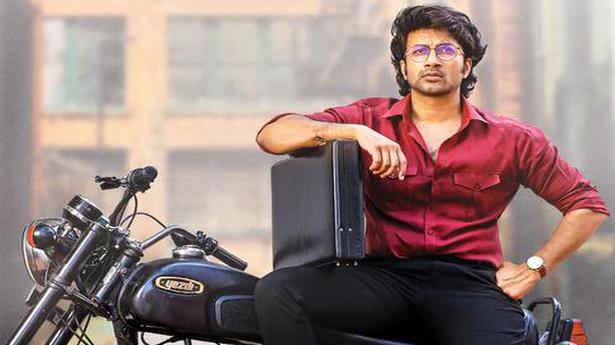