You Are Here Home ANDHRA Shall strive to take judiciary to greater heights: Chief Justice of India 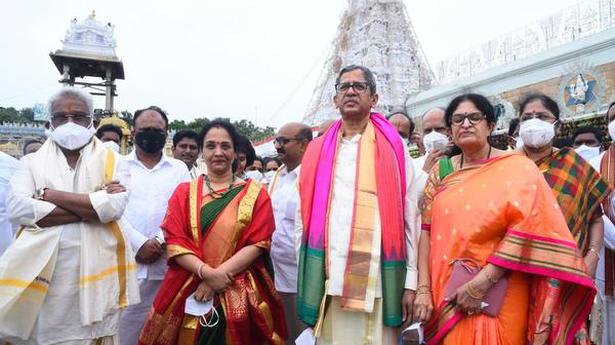 Justice Ramana is currently on a two-day visit to Tirumala.

Chief Justice of India Justice N.V. Ramana said that he would give his best in maintaining the sanctity of the judiciary and take it to greater heights.

Justice Ramana who is currently on a two-day visit to the sacred hill temple on Friday said it was with the blessings of Lord Venkateswara that he could achieve the top position in the judiciary.

“I have experienced several absorbing incidents in my life and it is only with the grace of the presiding deity that what am I today,” he said.

Earlier, on his arrival at the main temple complex, the TTD Chairman Y.V. Subba reddy, Executive officer Dr. K.S. Jawahar reddy along with the temple priests received him with the traditional ‘Isti kapal’ temple honors and led him into the sanctum sanctorum where he stood for about ten minutes and paid his obeisances. The chief priest honored him with the silk vastram of the deity.

Later at Ranganayakula mandapam inside the temple, the pundits showered vedasirvachanams on him and his wife Smt. Shivamala while the authorities presented them with theertham, memento and laddu prasadam.

It is a laid down tradition to extend temple honors to the Chief Justice of India during his maiden visit to the hill temple.

Even though Justice Ramana took part in the ekantha seva the previous night the honors were not extended to him as he had reached the temple after the Sun set.

After darshan he also broke coconuts at Akhilandam and offered prayers to Bedi Anjaneya swamy. 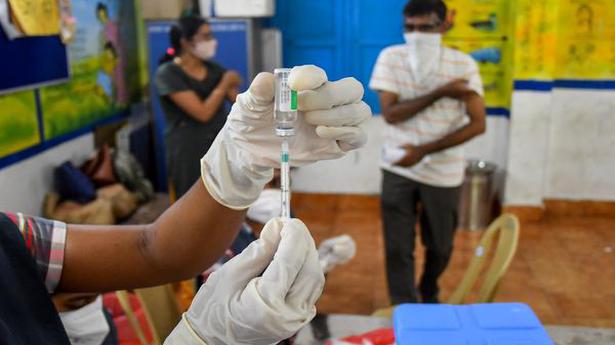