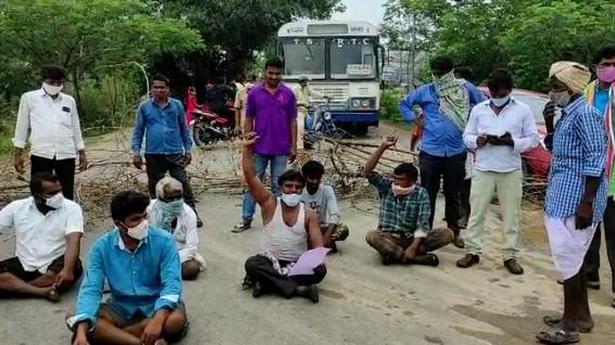 Unexpected downpours soaking up and damaging the paddy standing at the procurement season has caused losses to farmers at several places in Medak district.

Paddy farmers who brought their harvest to the procurement centres have been forced to wait their turn as there has been undue delay in weighing and transporting the paddy to mills. According to sources, farmers held a rasta roko for sometime at Chalmeda in Nizampet mandal in Medak district on Thursday protesting against the delay in lifting of stock from procurement centres, the farmers claimed that their harvest was totally damaged due to the rains that lashed many parts of the region on Wednesday night.

“For the past one month the paddy has been stocked up here but it is not being lifted. The entire paddy was soaked in rain water since early morning. The organisers at the procurement centre are not responding to our repeated pleas. Paddy is getting damaged and it has already started sprouting. We will suffer big loss,” said some farmers of Ramayampet, Nizampet and other mandals of Medak district.

Farmers from several mandals of Pullur have made similar allegations that the paddy stocked was damaged due to the pre-monsoon rains.

“We have requested for two lorries but they were not sent so far by the PAC. Farmers who can afford are hiring tractors. We have to wait till lorries are sent. There is no answer to how long we would have to wait for the transportation,,” said some farmers at Chalmeda.

However, officials said that they are making all out efforts to buy paddy and more transport vehicles are being pressed into service. 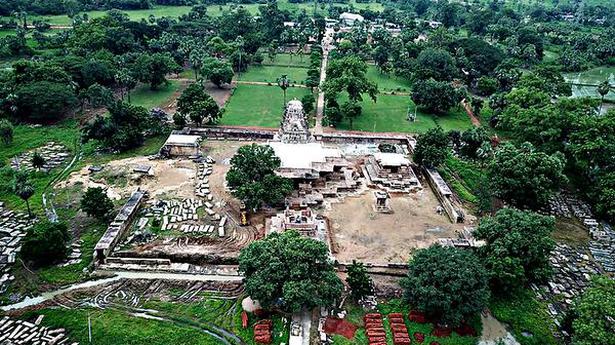