You Are Here Home ANDHRA Railways delivered over 2,000 MT of oxygen to A.P. 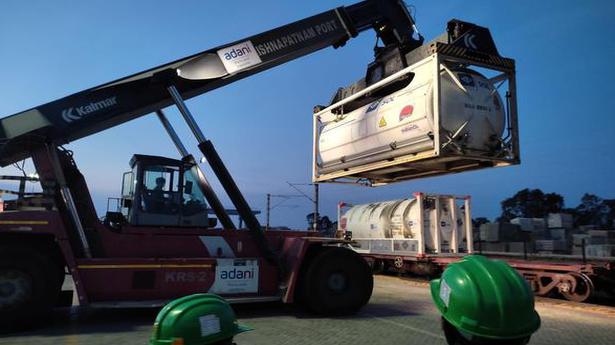 Liquid Medical Oxygen (LMO) transported to various destinations in Andhra Pradesh by the Indian Railways in the past 16 days through 33 Oxygen Express trains totalled 2,125 MT as of Tuesday.

South Central Railway General Manager Gajanan Mallya said in a release on Tuesday that in order to meet the medical oxygen requirement of the State in an effective manner, the Oxygen Express trains were operated from the eastern and western parts of the country. In all, 33 trains brought 130 LMO tankers to the State.

While 15 Oxygen Express trains were operated from Odisha, 9 trains were from Jharkhand followed by 7 trains from Gujarat and 2 trains from West Bengal on the green corridors to ensure minimum transportation time. Multi-disciplinary teams were formed to ensure the smooth operation of trains, he said.