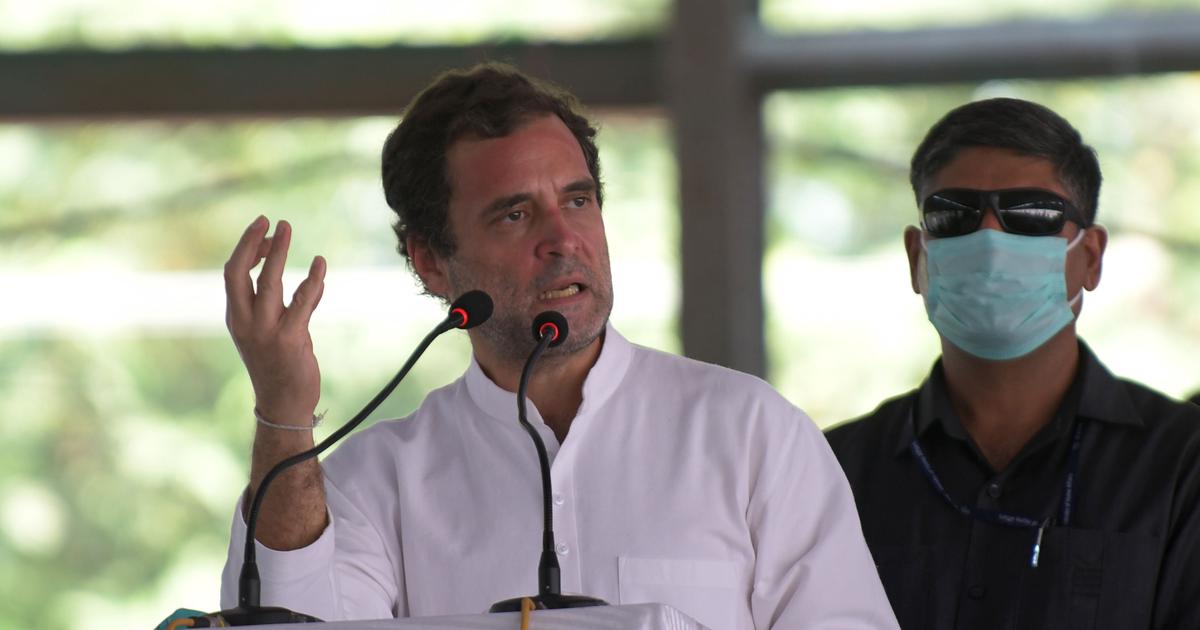 The Enforcement Directorate has asked Congress leader Rahul Gandhi to appear for questioning for the fifth day on Tuesday in a money-laundering case related to the National Herald newspaper, PTI reported, citing officials.

Gandhi appeared for the fourth day of questioning on Monday before the Enforcement Directorate’s office in Delhi.

The MP was questioned for over 30 hours between June 13 and June 15 and had been asked to appear again on June 17. However, he asked the Enforcement Directorate to defer his questioning to Monday, and the agency accepted the request.

Party leader Ajay Maken, at a press conference on Monday, asked the Enforcement Directorate to state which scheduled offence under the Prevention of Money Laundering Act it was investigating. He also asked the agency whether the police in any state had registered a first information report related to the alleged offence against Gandhi.

Congress leader Vivek Tankha has alleged that the Union government is “trying to besmirch the reputation of our leaders by planting false and selective news items”.

Bharatiya Janata Party leader Sambit Patra said that if corruption had taken place, it was natural that persons who engaged in it would face an inquiry, ANI reported. “No one is Queen Victoria or Prince in this country that they won’t be probed,” he said.“Rahul Gandhi should know that ED is Enforcement Directorate, not Entitlement Demand.”

The National Herald is published by Associated Journals Limited and owned by Young Indian Private Limited. It was founded and edited by Jawaharlal Nehru before he became India’s first prime minister.

In April 2008, the newspaper suspended operations as it had incurred a debt of over Rs 90 crore. BJP MP Subramanian Swamy has accused Sonia Gandhi and Rahul Gandhi of setting up the firm Young Indian Private Limited to buy the debt using the funds from the Congress.

In his complaint before a trial court, Swamy accused the Gandhis and others of conspiring to cheat and misappropriate the funds. He has alleged that the Young Indian firm paid only Rs 50 lakh to obtain the right to recover Rs 90.25 crore that the Associated Journals Limited owed to the Congress.

The party had loaned the amount to Associated Journals Limited on an interest-free basis, according to court records. The Congress has claimed that there was no money exchange and only conversion of debt into equity took place to pay off dues like salaries.