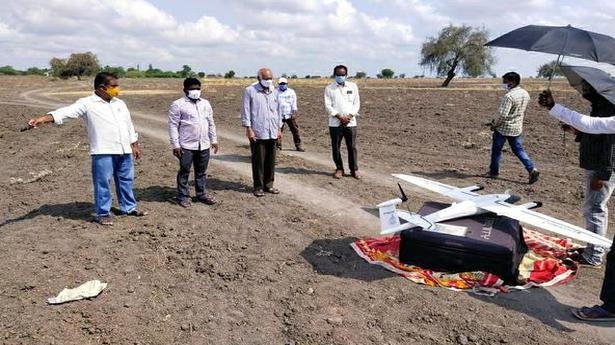 Resurvey, being taken up after 100 years, aims to give land owners permanent title deed

The lingering disputes over ownership of land hoarded up in courts and the confusion over land survey records have placed an enormous stress on the Revenue and Survey departments with long years of litigation.

The Government of Andhra Pradesh, in a bid to overcome the hurdles, has taken up yet another revolutionary project to completely resurvey the lands, a massive exercise after 100 years, and provide land holders a permanent ownership title deed. The programme is being conducted with the technical assistance from the Survey of India.

“The Survey, Settlement and Land Records Department is embarking on a historical project being taken up after 100 years. In the biggest exercise of its kind, we are doing resurvey of lands across 17,500 villages and 110 Urban Local Bodies under the YSR Jagananna Bhuraksha – Sashwata Bhu Hakku’, using state-of-the-art drone technology and with technical collaboration with the Survey of India. Our aim is to provide permanent title deeds to land owners,” said Commissioner, Survey, Settlement and Land Records, Siddharth Jain.

The pilot project began on Tuesday across 63,433 acres covering 51 villages. The department would be using drones to capture real-time images and match them with the land records, and later map them. The digitised survey would ensure that the measurements were accurate. In case of any objections, resurvey would be done using the GNSS Rover system.

The project would be using Continuously Operating Reference Stations (CORS) satellite-based imagery technique, which was accurate.

The Survey Department is setting up 70 CORS at a cost of ₹12 crore and integrating them with the Survey Institute of India.

The stations would have GRPS and broadband connectivity, and be powered by solar panels and work 24 X 7.

A Central Control Server would be set up in Vijayawada. Using the network, integration of all machines working on GPS could be done to improve their accuracy, said Mr. Jain.

The department would also deploy rovers, and so far 75 rovers had been provided to the districts.

“We are beginning pilot project in 51 villages, and later resurvey would be done in 650 villages. We have begun image printing in 51 villages covering 63,433 acres,” said Mr. Jain.