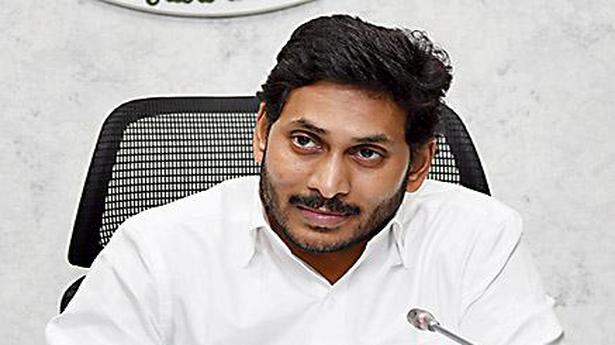 In his address to the people from his camp office, Jagan Mohan Reddy recalled how YSRCP decimated it’s arch-rival TDP in the 2019 elections with over 50% vote share.

Chief Minister Y. S. Jagan Mohan Reddy said the false propaganda unleashed by Opposition parties could not halt the YSR Congress Party (YSRCP)’s winning streak that began in the 2019 general elections, when it won an unprecedented 22 out of 25 Lok Sabha seats and 151 Assembly constituencies out of 175.

The party’s phenomenal victory in the ZPTC and MPTC elections proved that it’s popularity has not waned a bit over the last two-and-a-half years as more than 95% of the promises made in 2019 have been fulfilled. This is what earned it the people’s trust, he observed, while expressing his gratitude for the party’s brilliant performance in successive elections.

In his address to the people from his camp office, Jagan Mohan Reddy recalled how YSRCP decimated it’s arch-rival TDP in the 2019 elections with over 50% vote share and maintained it’s record thereafter amidst conspiracies hatched by the Opposition parties.

YSRCP-supported candidates won in 10,536 out of 13,081 Gram Panchayats for which elections were held subsequently. The ruling party scripted history in the elections for urban local bodies as well. YSRCP won 8,249 out of 9,583 MPTCs and 628 out of 638 ZPTCs now.

The party was indebted to the people for giving it such a decisive mandate, the Chief Minister said.

Jagan Mohan Reddy said the government struggled a lot because of the obstacles placed in its path by the Opposition parties and due to the COVID-19 pandemic.

A section of the print and electronic media carried out a vicious propaganda against the government to favour the TDP, but to no avail as people saw through their bad intentions. Their single-point agenda appeared to help the TDP in dethroning the Chief Minister so that N. Chandrababu Naidu’s appetite for power could be satiated, he alleged.

Mr. Jagan Mohan Reddy said the TDP was not admitting it’s failure in spite of the fact that the ZPTC and MPTC elections were fought on the basis of party symbols. Nevertheless, the YSRCP would work much harder for people’s welfare and never forget the affection showered on it, the CM added.