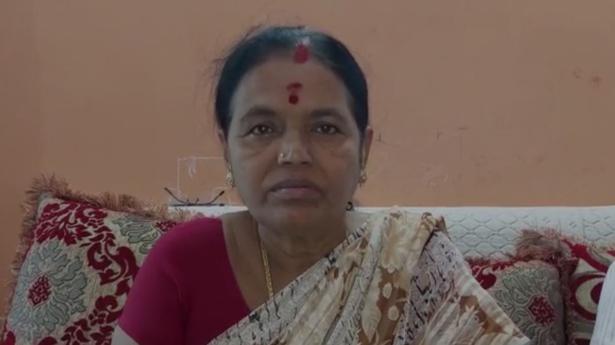 Dissatisfaction and dissidence within YSR Congress Party in Kurnool and Anantapur districts have come out into the open with a couple of party leaders, aspiring to become Mandal Praja Parishad (MPP) presidents, either threatening to quit the party or sitting on a protest on the streets on Thursday, a day before they were to be sworn-in as MPP chairpersons.

The Kummarivandlapalli Mandal Parishad Territorial Constituency (MPTC)-elect, Battala Ramalakshmamma, on Thursday along with her husband, told mediapersons that she had resigned from the post of MPTC and the YSR Congress Party in protest against her not being given the MPP president position as promised by the Kadiri MLA P.V. Sidda Reddy. However, within hours the party high command came in touch with the upset leaders and pacified the couple.

She alleged that before the MPTC elections, Mr. Sidda Reddy had forced her to contest by promising to get an MPP post and that she had won the election with a handsome margin, but now the MLA was trying to give the MPP post to someone from his community. Her husband, who was also present at the press conference said that after working for the party by spending their own money, the MLA had betrayed them.

After party senior leaders got in touch with Ms. Ramalakshmamma, she promised to abide by the decision of Chief Minister Y.S. Jagan Mohan Reddy.

Meanwhile in Gudur Mandal of Kurnool district, the K. Nagulapuram MPTC-elect L. Narasimha Reddy on Thursday sat on a dharna in the village protesting against the Kodumur MLA Sudhakar Babu allegedly denying him the Gudur MPP president post. A host of his supporters from the YSRCP are also sitting under a tent and have asked the district party in-charge Minister Anil Kumar Yadav Poluboina to intervene and do justice.

At Chilamattur Mandal Praja Parishad, curtains came down on hectic political activity on Thursday with MLC Shaik Mohammed Iqbal brokering a peace formula and choosing three MPTCs to ascend to the MPP chair by turns. During a toss of coin Purushottam Reddy got the first chance to become the MPP president on Friday.