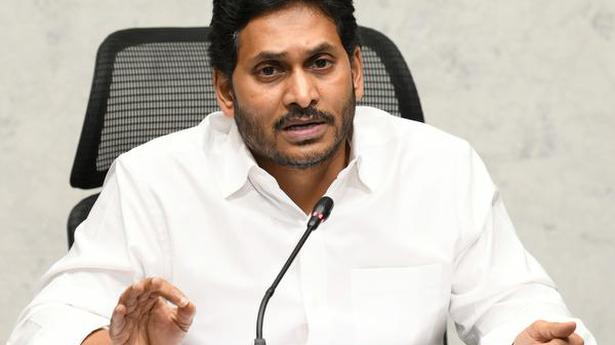 Chief Minister Y.S. Jagan Mohan Reddy has rubbished reports published in a section of media over the management of COVID-19 in the State.

During a review meeting on COVID here on Monday, Mr. Jagan said the reports were written in such a way to create panic among the people and stated that legal action would be taken against the two media houses.

He said that a publication had highlighted that patients died due to lack of oxygen in Ashram Hospital, Eluru, but in reality medical oxygen was abundant in the State.

“We are shocked by the articles which are completely baseless, written with a mischievous mindset, without any humanity. He said that people would have believed it if this was written during peak situations, but now the cases are declining, registering an average positivity rate of less than 5%. In the current scenario, over 70% oxygen beds and ventilators are available in the State. We had 750 tonnes of medical oxygen when COVID was at its peak and now the daily usage has come down to just 180 tonnes. All the oxygen allocations given to the State are being stored at Visakhapatnam Steel Plant and can be used when required,” the Chief Minister said.

The Chief Minister criticised a media house for writing an article misquoting him. He said that the post of Chief Minister was being devalued and degraded by such writings. While the government was seriously conducting review meetings, such media houses were making fun as if the officials were attending the review for timepass.

He said the State had a good reputation in dealing with COVID, by successfully controlling it, which was possible only because of the efforts put by all the officers and staff by working together relentlessly. Starting from the village level to State level, it was made possible by the ANM, volunteers, Collectors, district and zonal officers, and medical staff.

The officials said that legal action would be taken against the two media houses for defaming the government.