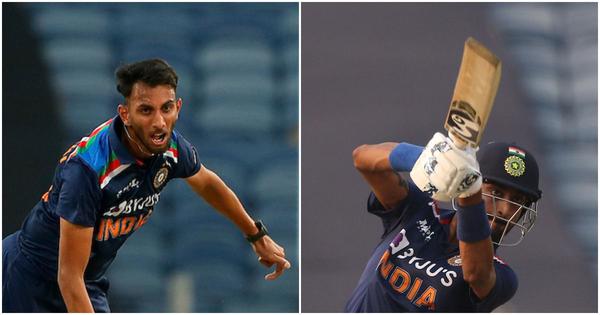 Debutants Krunal Pandya and Prasidh Krishna made the big stage their own to give India a convincing 66-run victory over world champions England in the first ODI of the three-match series here on Tuesday.

After under-fire opener Shikhar Dhawan delivered a solid 98, Krunal (58 not out off 31) smashed the fastest fifty by a debutant to fire India to 317 for five following England’’s decision to field.

At 135 for no loss in the 15th over, with Jason Roy (46 off 35) and Jonny Bairstow (94 off 55) going strong, England seemed to be running away with the match before Krishna (4/54) and Shardul Thakur (3/37) shared seven wickets between them to script a winning comeback.

The 25-year-old Krishna’s bowling figures were the best by an Indian debutant as England’s innings ended at 251 in 42.1 overs.

Considering the nature of the surface, it was a commendable effort from the Indian bowlers.

Krishna, who leaked 37 runs in his first three overs, came back strongly and troubled the batsmen with his ability to generate extra bounce.

Thakur once again provided the breakthroughs when the team needed and Bhuvneshwar Kumar too chipped in with a couple of wickets towards the end.

England had the game in the bag but were guilty of throwing it away, failing to build on the flier of a start given by Bairstow and Roy.

Dhawan hammered 11 fours and two sixes in his 106-ball knock while Krunal plundered seven fours and two maximums in his entertaining innings. 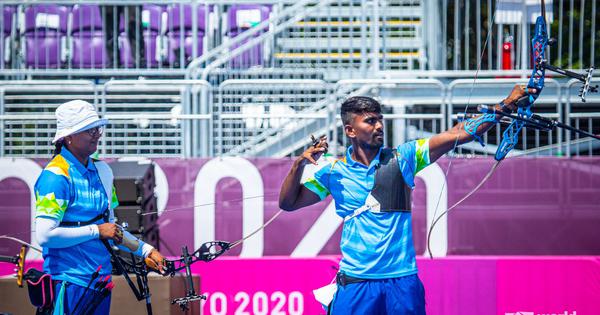