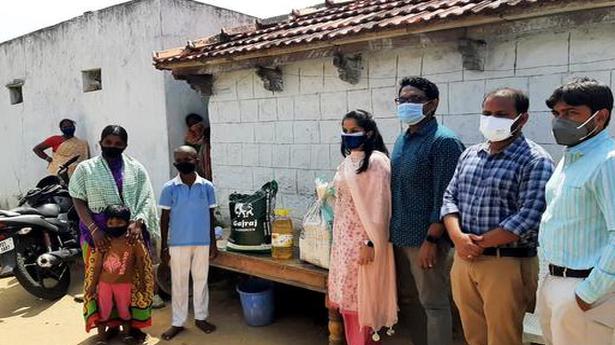 Chandapuram Mangamma is in her early 30s. She is resident of this village in Daultabad mandal. A few days ago she lost her husband Krishna Yadav, working in electricity department to Coronavirus even after being treated in two hospitals for more than a week and spending about ₹6 lakh.

She has to look after her two children Mahesh and Tanu Sri aged about 14 and seven respectively. Her mother-in-law has not yet come out of the shock from the loss of her son and she was not even speaking properly with family members.

B. Anitha is a resident of Almaipet village in Chotkur mandal. Her husband B. Devaiah, working in a private firm as salesman, died of COVID. She is survived by two children – Ashvitha and Ujawala — aged about 10 years and six months respectively.

She does not know how to come out of the crisis being faced by her.

On Wednesday, these families had a few guests who came to their rescue.

Knowing about the fate of the families, which was reported in media, Komanapally Arpitha, her husband Benjiman, Dr. P. Sudhakar Naik, working as an Income Tax officer, and Dr. Suresh Kumar came all the way from Hyderabad to help these families.

Dr P. Sudhakar Naik from Sarvovdaya Gram Seva Foundation has been assuring these families to support the children’s education.

“Dr. Arpitha will take care of the ration for one year and you can collect it either from Sangareddy or Gounglur, whichever is convenient for you. From our Sarvodaya Foundation side we will support the education of children by paying their fee, wherever they are studying, even if it is a private school,” Dr. Sudhakar Naik assured those families.

About six families were identified at Narayankhed area which lost bread earners. 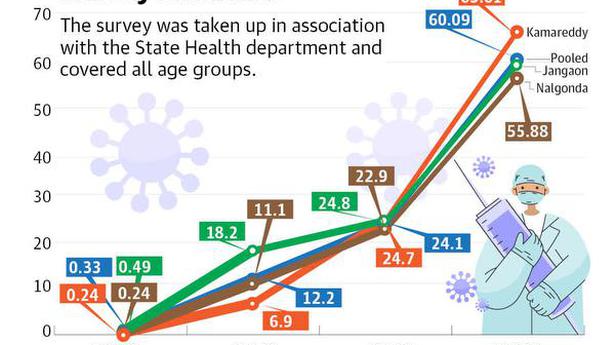