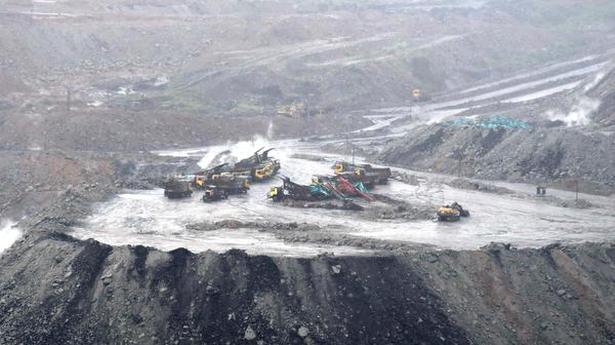 Sources said that the GKOCP at Rudrampur in Kothagudem area recorded a heavy rainfall of 44 mm in 24 hours, ending at 8 a.m. on Wednesday. The OCP area recorded excess rainfall of 200 mm so far this month as against the normal rainfall for this period, SCCL sources added.

With heavy rain pounding the OCP area for the second consecutive day, rainwater stagnated at pit slopes and OB dump slopes on the premises of the project hindering the movement of shovels and dumpers due to slushy conditions.

As a result, coal production from the GKOCP fell by 3,000 tonnes as against the daily output target of 10,000 tonnes and also led to slight fall in dispatch of coal, sources said.

As many as seven high-capacity pumps were deployed to flush out water from the slopes on the premises of the OCP as per the contingency plan to tackle rain and slushy conditions.

SCCL sources said the GKOCP is right on the track of achieving the annual coal production target of 14.5 million tonnes in the current fiscal, despite minor disruptions in coal production and dispatches due to incessant rains.

Meanwhile, the district received an average rainfall of 45.5 mm in 24 hours ending at 8 a.m. on Wednesday. As many as 11 mandals recorded excess rainfall. 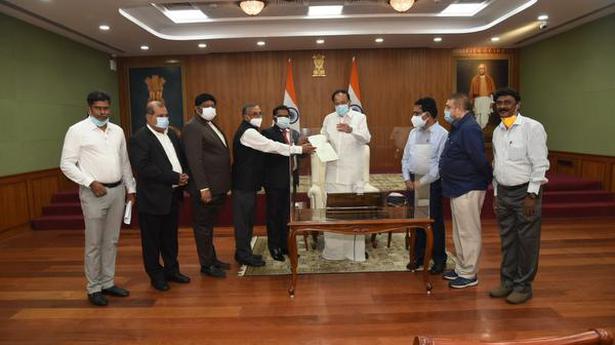