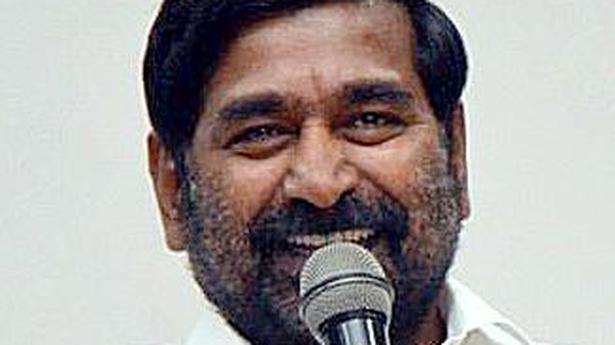 Energy Minister G. Jagadish Reddy on Wednesday said the government was determined to build a healthy society by providing corporate-level services to patients at all government hospitals.

The Telangana Diagnostic Services (TDS) at public hospitals, through which close to 60 tests and medical investigations can be done, was a step in the direction, he said. Mr. Reddy was inaugurating the TDS, and a mobile critical care ambulance and an oxygen plant on the premises of the medical college here.

“Even tests to diagnose heart ailments and detect cancer can be conducted at TDS. The government is firm on checking cancer in the State,” he said, speaking to media persons. Mr. Reddy also informed that sufficient medical technicians and other required staff would be recruited to run the service centres efficiently. He appreciated the efforts of medical frontline warriors in the fight against second wave of COVID-19, and also opined that the general public have gained confidence in the treatment and services at government hospitals.

District Agriculture Officer Sridhar Reddy explained that Nalgonda crop plan would witness a decrease in paddy cultivation in the current season. In comparison to 2020 Vaanakalam, which saw paddy cultivated in 4,01,124 acres, this season paddy would be cultivated in 3,53,800 acres, a decrease by 47,324 acres. And overall, with an addition of 63,730 acres sowing area in the Vaanakalam season now, total cultivation area in Nalgonda would be in 12,18,710 acres, the crop plan suggests.

Mr. Jagadish Reddy instructed officials to explain farmers about demand-driven agriculture and to facilitate them in choosing what crops to grow. He opined that cotton and red gram were in demand, besides sunflower, black gram, green gram and jowar.