Bharatiya Janata Party’s national spokesperson Sambit Patra, while addressing a gathering at the party’s Delhi office earlier this month, claimed that the rate of rape in many states had decreased following the emphasis on toilet construction in villages by the current Narendra Modi-led government, reported the Press Trust of India.

Patra was outlining the achievements of eight years of the BJP government at the Centre when he said most rapes happened when women in rural areas used to go out to attend nature’s call in the dark. “In many states, the rate of rape has come down because the prime minister gave women ‘izzatghar’ [toilet].” Patra was quoted as saying by PTI.

When FactChecker referred to data on rape cases and the number of toilets built in rural areas, we found no correlation between the two.

Even then, there seems to be no direct correlation apparent between the decrease in rape crimes, and the number of toilets constructed in any particular state.

Apart from Nagaland, four out of five states that registered the lowest rate of rape crimes in 2020 – Bihar, Gujarat, Karnataka and Tamil Nadu – have a comparatively lower rate of access to any sort of toilet facility than other states, showed an analysis of the National Crime Records Bureau and National Family Health Survey-5 data.

Except for Nagaland, all these four states ranked below 18 among 28 states, in terms of access to toilets. Bihar is actually the worst performer in terms of toilet accessibility in India but also has the third-lowest rate of rape crime (1.5 per lakh population) among all states.

States with the lowest rape crime rate, therefore, did not necessarily have greater access to sanitary toilet facilities.

The five states with the highest rape crime rate in 2020 – Rajasthan, Assam, Haryana, Chhattisgarh and Himachal Pradesh – did not display any direct correlation with accessibility of toilets either. Households in Assam (95.9%), Haryana (96.8%), Himachal (93.6%) and Chhattisgarh (85.6%) have higher access to a toilet facility than the national average (82.5%) and yet the prevalence of rapes remains high there.

In fact, Rajasthan had the highest rate of rape crimes (14.1 per lakh population) and the highest percentage increase in rape crimes across five years (44%), when it ranks third on the list of toilets constructed under the Swachh Bharat Mission.

Let us look at it from another data angle. Now here is a graph showing states ranked according to the number of Individual Household Latrines constructed under the Swachh Bharat Mission till the beginning of 2021.

More than half of the 10 states with the maximum reduction in the rate of rape crimes between 2016 and 2020 were also among the ones with the least number of toilets built.

Similarly, three out of eight states that registered an increase in the prevalence of rape crimes over 5 years (Rajasthan, Jharkhand, and Andhra Pradesh) have seen the construction of more toilets than most other states.

This shows Patra’s claim does not check out against official records.

Prime Minister Modi declared India Open-Defecation Free nearly three years ago in October 2019. But National Family Health Survey-5 data from 2019-’21 revealed that 19% of households in the country do not have access to any toilet facility, “meaning that they practice open defecation”.

Despite this, toilet construction under the Swachh Bharat Mission came down drastically in the past four years, after an upward tick from its inception in 2014 to 2018. A dip of 92.8% was observed between the fiscal year 2018 and the fiscal year 2022.

FactChecker tried contacting Patra’s office via email for a comment on his claim but had not received a response by the time this article was published. If and when we do, it shall be updated here.

This article first appeared on FactChecker.in, a publication of the data-driven and public-interest journalism non-profit IndiaSpend. 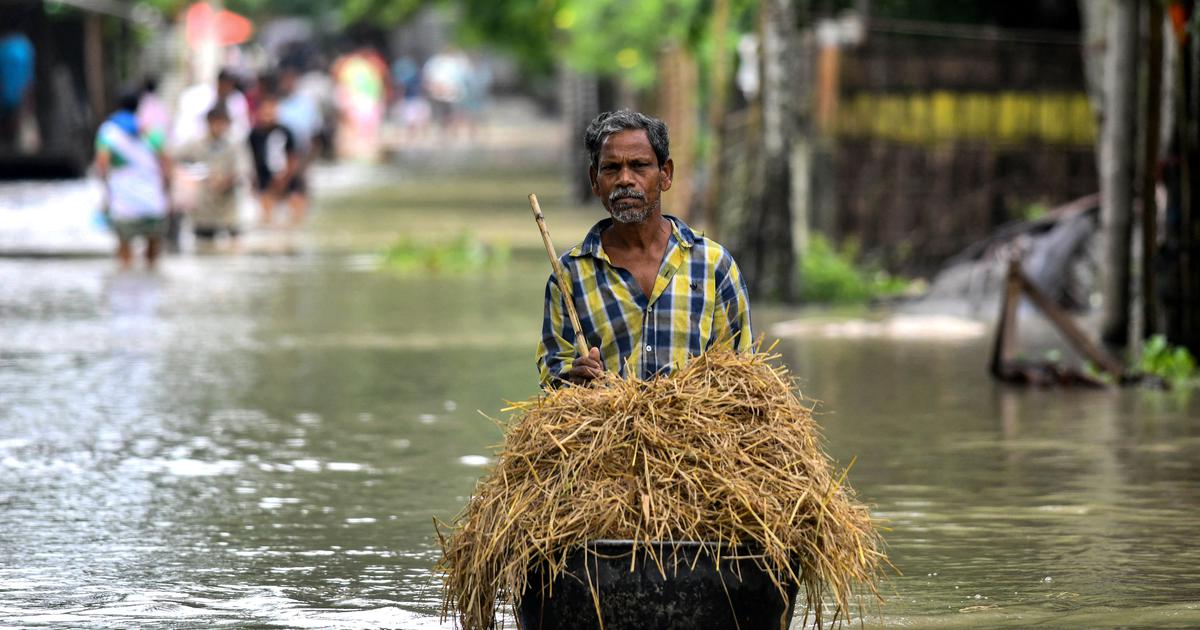