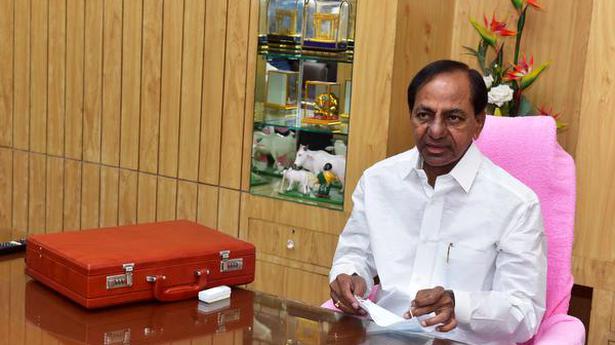 The pilot project will kick off in 27 villages across the State.

The Telangana government will launch a pilot of digital survey of agricultural lands in the State from June 11.

It will be conducted in three villages of Gajwel Assembly constituency represented by Chief Minister K. Chandrasekhar Rao and twenty four other villages in as many districts.

This was decided at an official meeting presided by Mr. Rao on Wednesday to discuss digitising agricultural lands and fixing coordinates with the aim to ensure permanent security of holdings for land owners. The survey will also eliminate land disputes.

The field level experience gained from the pilot could be used to frame guidelines for a full scale survey later.