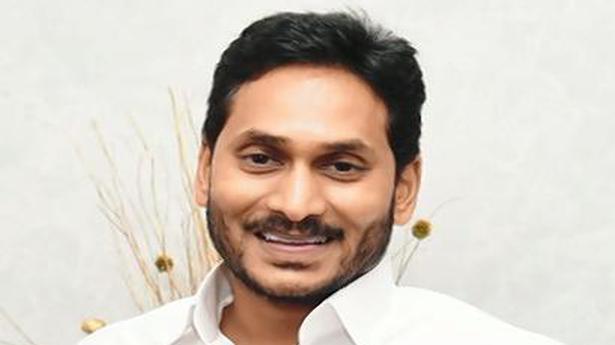 He expressed happiness that the U.S. government had chosen Andhra University (AU) in Andhra Pradesh to establish the third American Corner in India

He expressed happiness that the U.S. government had chosen Andhra University (AU) in Andhra Pradesh to establish the third American Corner in India.

Inaugurating the Corner, he said in a lighter vein, “This was just the beginning and we hope that the U.S.A. will also be setting up an American Consulate in Visakhapatnam in the future.”

Speaking about the initiative taken by the American Consulate in collaboration with AU, he said that the Corner will go a long way in bridging the skill gaps of the students. “The Corner will play a vital role in enabling the students to study abroad,” he said.

He later formally pressed a button in the laptop to virtually launch the American Corner, which was followed by a video presentation on Corner at AU.

Earlier, briefing about the American Corner, Joel Reifman said that it is place for public gathering.

The main idea of setting up the Corner is to focus on development of English language, women empowerment, to enable students to get the latest information on U.S. education and to bridge the gap between the U.S.A. and A.P.

He pointed out that setting up the Corner in Visakhapatnam would pave the way for bettering the working relationship between both the countries, keeping in mind the Indo-Pacific region.

Mr. Reifman also said that students would benefit from the Education U.S.A. programme and learn more about higher education in the US at the American Corner.

Vice-Chancellor of Andhra University, Proffessor P.V.G.D. Prasad Reddy said that by setting up the Corner, the university has taken a step towards becoming a world class university.

We have a strong alumni presence across the globe and this place will soon connect to the global community.

Ms. Veena Reddy and District Collector A. Mallikarjuna, also spoke on the occasion.

Minister for Industries, Commerce, and Information Technology, M. Goutham Reddy was present with the CM at Amravati, during the inauguration process.