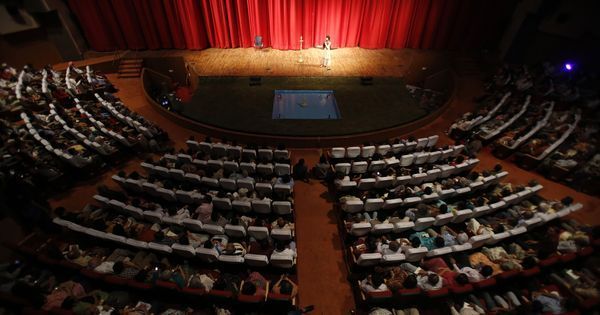 A group of filmmakers, academicians and students have criticised the proposed amendments to the Cinematograph Act, which could empower the government to order the re-examination of an already certified movie. They said the proposed changes would give the government overriding power over cinema and threaten freedom of expression in India.

“This will also render filmmakers powerless at the hands of the state as more vulnerable to threats, vandalism and intimidation of mob censors,” they said.

The filmmakers and academicians have drafted a set of suggestions in response to the Centre, which had sought public feedback on the Cinematograph (Amendment) Bill 2021. These suggestions were shared with Scroll.in on Monday.

The signatories urged the government to drop the amendments that empower it to revoke a film’s certificate. They also recommended that the amendments to the Cinematograph Act clearly define “public exhibition” and bring under their scope “only commercial films with substantive capital investment and revenue models tied to theatrical exhibitions”.

They added that just introducing a penal provision for piracy in the amendments was not enough. “If introduced, sufficient exceptions on fair use, de minimis [minimal or trivial] use and derivative work specific to films must be created,” they said. “Systemic solutions to genuinely counter piracy must be introduced.”

The signatories also recommended that the government restore the Film Certification Appellate Tribunal. The statutory body, constituted to hear appeals of filmmakers who were not satisfied with the cuts suggested by the Central Board of Film Certification, was dissolved in April.

The group urged the public to support their suggestions and also send their own recommendations to the Centre. “We believe that public consultations, such as this, are important in ensuring that all stakeholders are engaged and involved in the process of law making,” they said.

On June 18, the Ministry of Information and Broadcasting had asked the public to submit comments on the draft Cinematograph (Amendment) Bill, 2021, by July 2.

The government said the amendments sought to grant it “revisionary powers” on account of violation of Section 5B (1) (principles for guidance in certifying films) of the Cinematograph Act, 1952.

Section 5B(1) of the Act states: “A film shall not be certified for public exhibition if, in the opinion of the authority competent to grant the certificate, the film or any part of it is against the interests of 3 [the sovereignty and integrity of India] the security of the state, friendly relations with foreign states, public order, decency or morality, or involves defamation or contempt of court or is likely to incite the commission of any offence.”

The Centre is also tightening rules to control digital platforms and media. It introduced new digital media rules in February to bring these platforms under its supervision for the first time.

Among other things, the “Information Technology (Guidelines for Intermediaries and Digital Media Ethics Code) Rules, 2021” regulations require these platforms to appoint chief compliance officers, in order to make sure the rules are followed, nodal officers, to coordinate with law enforcement agencies, and grievance officers. All of them should be based in India. It also requires social media platforms with over 50 lakh users to help in identifying the “originator” of messages upon the government’s request. How do we define the political? How should we? Prathama Banerjee asks this question in her new book