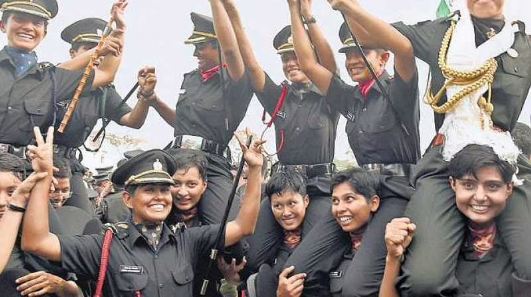 The Centre has filed an additional affidavit in the Supreme Court on the petition seeking equal opportunity for women at the National Defence Academy (NDA) and the Indian Naval Academy.

The affidavit has been filed by Captain Shantanu Sharma, Director (AG), Department of Military Affairs (DMA), Ministry of Defence. As per the affidavit, the Government of India hereby places on record its clear and categorical stand that women candidates shall be considered for entry in the three defence services, in the existing streams, through National Defence Academy (NDA).

It is stated by the government that entrance examination for the entry into NDA is held twice a year and government proposes to have the necessary mechanism in place by May 2022, i.e.  the time by which UPSC is required to publish the first notification of the year 2022, for entrance examination for entry to NDA and keeping timelines in mind, deliberate planning and meticulous preparation is called for to ensure smooth induction and seamless training of such women candidates.

“While medical standards for male cadets are in place, appropriate medical standards for female candidates are in the process of formulation. The same needs to be done before they join the Academy. Directorate General Armed Forces Medical Services and the body of Experts shall be undertaking so, for the three Defence services who will determine and formulate the same taking into account various aspects like their young age, nature of training of training to be undergone as also functional / operational requirements of the Indian Army, Navy and Air Force etc,” said the affidavit.

On the aspect of intake strength, the union informed the Apex Court that the start points for assessment of the requirement of infrastructure, its adequacy and/or need for augmentation of facilities would have to be based on the envisaged strength of the women cadets to be trained at NDA.  Determination of cadre strength in the existing arms and service would depend upon, inter alia, the cadre ratio, capability of specific service Academy to absorb the intake, the desired cadre structure and its downstream effect, envisaged requirement and employment by the respective Defense services,  i.e.  the operational, budgetary and administrative criteria .

With respect to the proposed Training Standards/Curriculum specific to Women Cadets, the affidavit submitted that in order to appear for the exam, candidates are required to meet the eligibility criteria which includes physical standards namely, height, weight, etc. There are no parallel standards for the Women Candidates at the age of entry to NDA. Besides imparting education, training includes Physical Training, Military Training, Games and Sports and related activities to shape the officer cadets into competent officers and proficient soldiers. While the education curriculum is well set, all the rest of aspects of the training are required to be formulated separately for the Women Candidates. Case in point is curriculum and parameters, inter-alia, outdoor training (ODT), viz , drill, equitation, swimming, games, sports, etc.  shall have to be formulated.  Hence, the issue needs detailed analysis, including expert inputs to maintain operational readiness.

“It is needless to add that any dilution of physical training and service subject like parameters of firing, endurance training, field craft and living off the land kind of aspects for the defence services’ women cadets/officers would invariably impact the battleworthiness of  the Armed Forces adversely.”

On the aspect of requirement of infrastructure, government pleaded that based on the inputs and experience at other Pre – Commissioning Training Academies (PCTAs) with reference to the training of women cadets, one of the key facets of accommodation of women cadets has to be a robust physical separation between the male and female residential areas .

“A Study Group has been constituted by the Defence services , comprising of the Experts to expeditiously formulate the comprehensive curriculum for women cadets at NDA and a Board of Officers has been convened to give a holistic and futuristic proposal for training  of women cadets at NDA incorporating all relevant aspects,” the government added.

The government has also requested the bench to dispose of the petition after taking on record its affirmative stand to open the entry of women candidates for entry in all the three defence services in the existing streams through NDA, and the commitment to publish the notification in May 2022 for entrance examination permitting women candidates for the same.

On August 18,  the Apex Court directed that women can also sit for the upcoming NDA examination while holding that the policy that restricts their entry into the elite institution is based on “gender discrimination”.

On September 8, the Central Government informed the Court that it has taken an in-principle decision to open the doors of the NDA to women cadets, but wanted an exemption for this year’s admission, exams for which are to be held in November.

Therefore, the Division Bench of Justice Sanjay Kishan Kaul and Justice M.M. Sundresh called for an affidavit to place the developments along with the future plans and fixed the matter for a hearing on September 22.

“We would hold over the matter for two weeks to examine the stand of the defence services and we do note that the defence forces play a very important role in our system and are performing a very difficult function. We would not easily interfere with their roles and would like them to take a proactive approach in gender equality issues rather than leave it unattended and calling for the Courts to interfere,” the order reads.

The Top Court was hearing a petition seeking its intervention to allow eligible women candidates to appear for the NDA and Naval Academy Examinations conducted by the Union Public Service Commission (UPSC).