You Are Here Home Hyderabad Breathe and bend: Hyderabad goes gaga over yoga 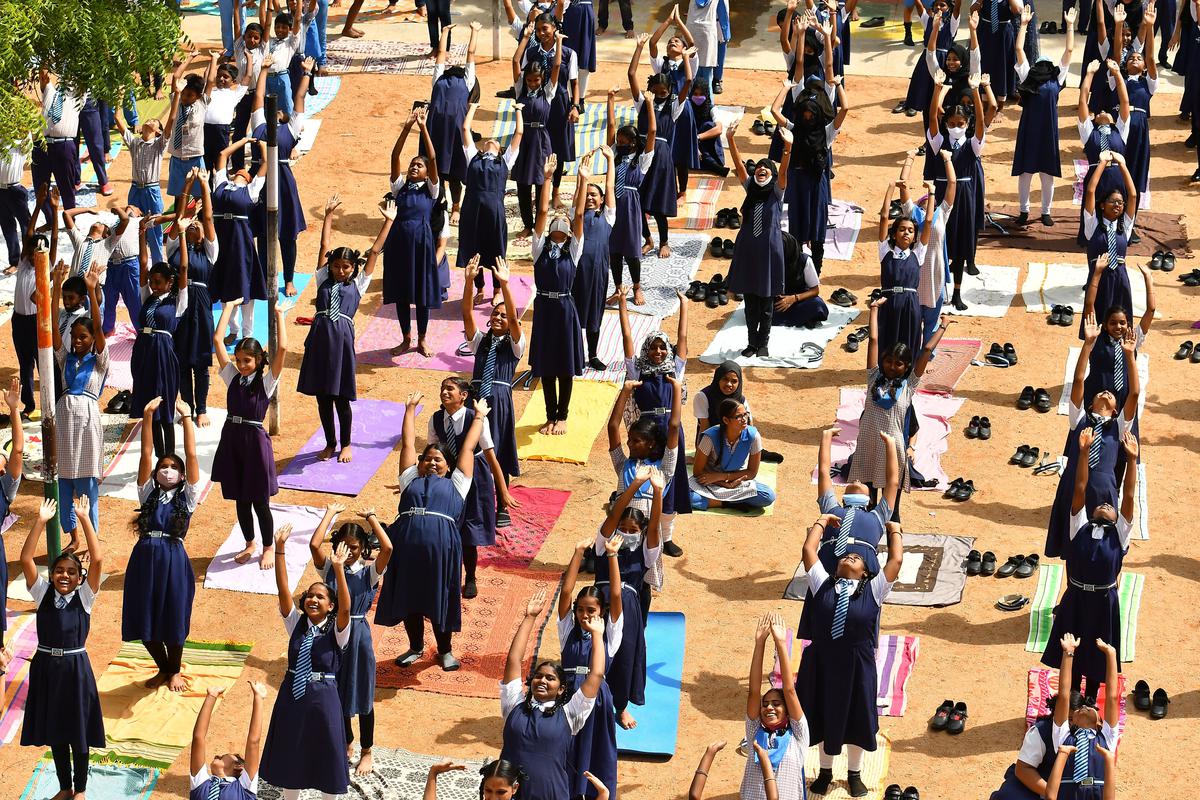 With a deep breath here and a stretch there, Hyderabadis of all ages turned up in large numbers for various outdoor events to mark International Yoga Day on Tuesday. At the Parade Grounds, Vice-President M. Venkaiah Naidu launched the official yoga day function in Telangana by releasing tricolour balloons in the air. “Yoga has no religion, yoga has no caste, yoga is for everyone,” Mr Naidu said in his address to the assembled gathering.

The event began with a live broadcast of Prime Minister Narendra Modi’s speech from Mysuru. At 6.34 a.m., the live telecast had Ayush Minister Sarbananda Sonowal addressing citizens and ended with the Vice-President’s speech in Hyderabad at 7.23 a.m. Then, the yoga instructor on the ground took over, taking the gathering through various yoga postures and breathing techniques.

For school students who were brought from Viman Nagar, Bhoiguda, Old Bowenpally, Amberpet and Saroornagar, it was a long wait for the yoga session. The children, who had been waiting since 5.30 a.m., let out a loud cheer when a drone dropped a saffron ticker-tape and they scrambled to catch the bits of paper. 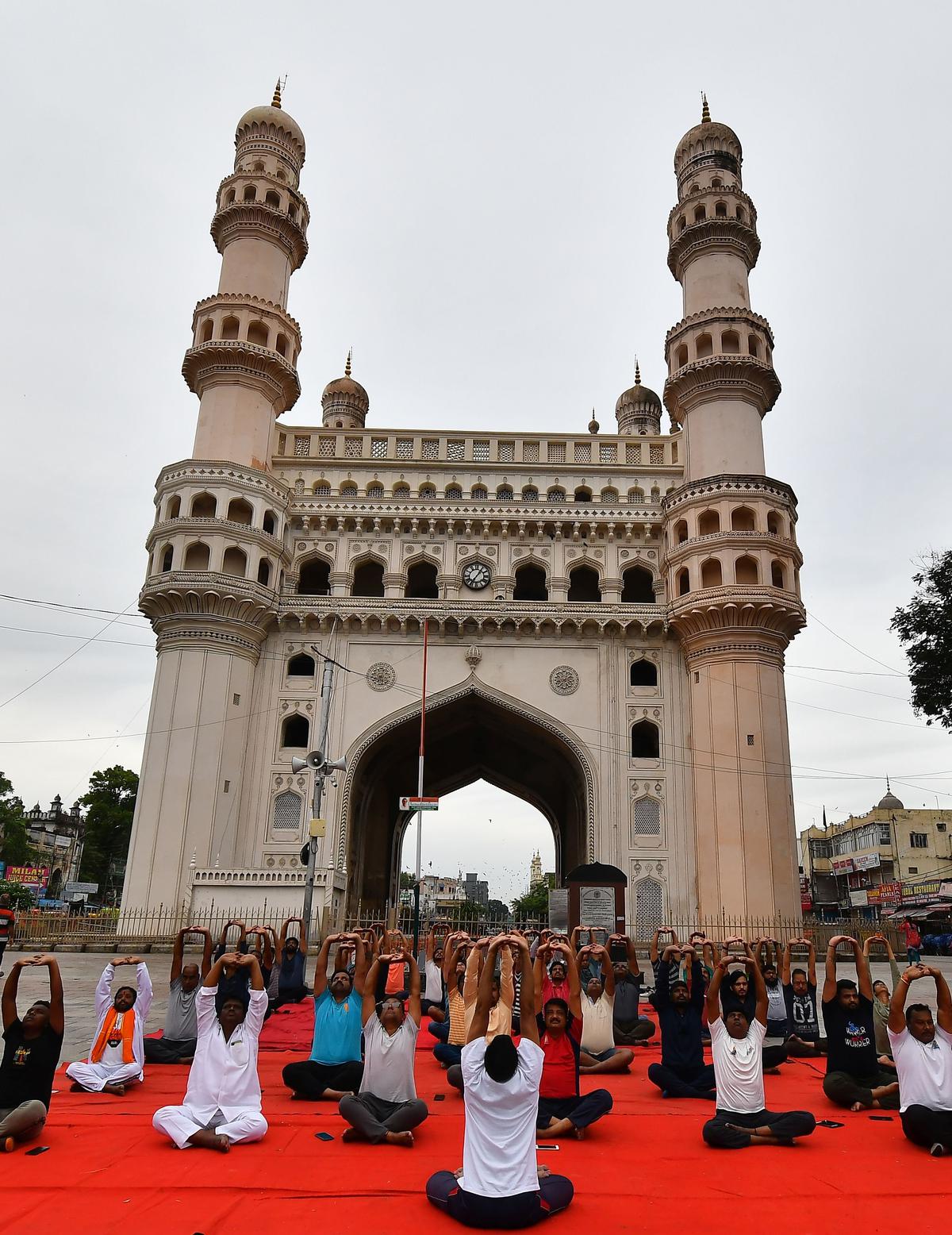 Earlier, officials had a tough time in meeting challenges posed due to overnight rain as the ground had turned soggy and there were puddles of water. They laid out carpets for the participants to perform asanas.