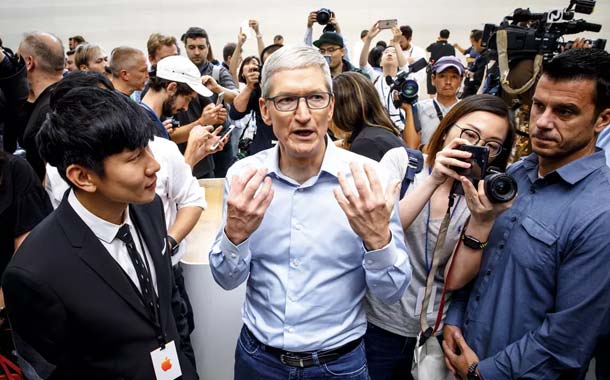 Apple CEO Tim Cook’s compensation for heading the most valuable company in the US is relatively modest, as he is ranked at the 171st position of S&P 500 CEO earnings. The annual ranking of CEO pay and compensation packages is published by the WSJ.

Apple is at the top of the Standard & Poor’s 500 rankings in terms of market capitalization but Tim Cook’s direct pay from the company is far lower than many others in the list.

Apple CEO Tim Cook trails far behind Paycom CEO Chad R. Richison, who topped the list with $211 million in total pay, followed by Shantanu Narayen of Adobe at third with $45 million. The $23 million earned by Daniel H. Schulman of Paypal in 49th place, and IBM CEO Arvind Krishna in 122nd with $17 million. At the other end of the scale, Warren Buffet is in 413th place with $380,328. Jack Dorsey of Twitter is in 414 with a token $1 salary, and Elon Musk is in last with $0.

The compiled compensation data for 416 CEOs from the 500 companies on that list showed Cook’s total pay for 2020 was $14,769,259. Despite seeming high and also rising 28 percent from his 2019 compensation, this only puts Tim Cook rank 171 on the list. While the rankings indicate Cook is getting paid similarly to other major CEOs, it is not the entire story, the report said.

Given that many CEOs, including Cook, are stockholders in the company they lead, their salary can become only a small part of their total overall income, it added.