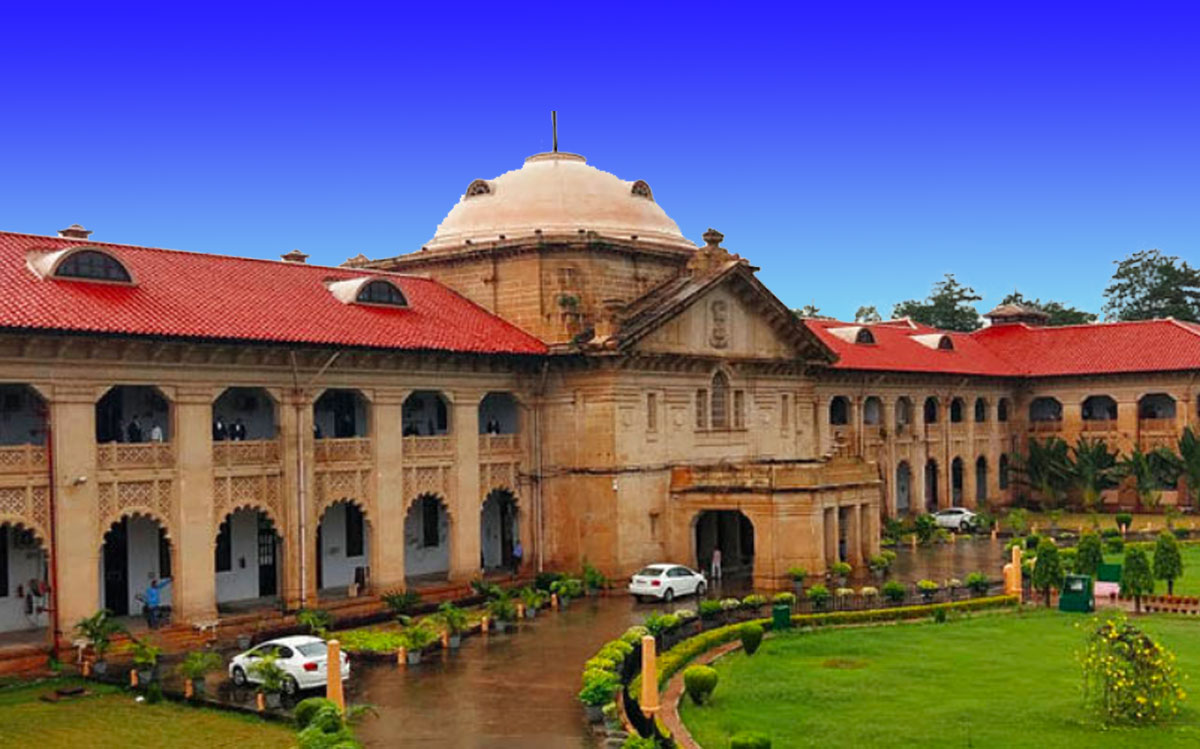 Between the police parties of three police stations mentioned above, in view of fencing around the house of accused, which is surrounded by big walls of adequate height with barbed wire fencing and huge iron gates in different directions, it was decided that on reaching the main gate in the leadership of CO Bilhour, the police will be divided into three teams.

The first police team was led by CO Bilhour, the second by SHO Bithoor and the third by SO Chaubepur. The police teams and police officers ensured that there was no illegal article with them. Thereafter, the police party departed from Diwedi Atta Chakki to Bikru village and the moment they reached 20 metres close to the house of accused Vikas Dubey (now dead), it was found that on the road, a JCB machine was standing horizontally in such manner that the road was almost blocked. The police party anyhow, from the remaining space, managed to reach the Tiraha close to the house gate of accused Vikas Dubey.

Submission of the Senior counsel for accused applicant Vinay Tiwari is that there is no direct or indirect evidence against him.

He himself lodged the FIR against the main accused persons and he also lodged FIR on the basis of information given by Rahul Tiwari implicating them. Therefore, it has been submitted that there is no question of the accused-applicant being involved in the commission of the offence. He has no motive nor was there any reason for him to enter into the so-called conspiracy which resulted in such a heinous crime.

Further submission is that the witnesses have changed their version when they were subsequently examined by IO and all of them in a tutored way have stated about the closeness of the accused-applicants with gangster Vikas Dubey and his gang.

It has been further submitted that the applicants have been falsely implicated. Late CO Devendra Mishra was informed about the incident of Rahul Tiwari who directed him not to make entry in GD as the police is going to take stern action and this will alert gangster Vikas Dubey.

Counsel for the applicants said that the applicants had no cordial relation with them. The said viral letter of CO indicating close relation is forged and has been obtained from social media. No such letter was sent by CO Mishra to SP, Kanpur Nagar nor the applicant was put to any departmental proceeding nor any explanation was asked from him. It has also not been mentioned in his suspension order. The allegations regarding his conduct during the raid are vague, imaginary and false and are not supported by any evidence.

Additional Advocate General Manish Goyal has argued that it is not a case of simple crime and the crime has been committed because the police assisted the gangster and leaked the information with regard to raid and, because of the prior information about the raid, the gangster was in preparedness and he planned the murder of the policemen and it is why so many accused persons assembled with the main accused and were active at the time of raid. They were inhabitants of an area falling within the same police station in which the gangster was situated and where the incident took place.

Being a member of the police force and working at the local police station, the accused-applicants had enough information about the geographical situation and pathways around the vicinity. The police force reached the place of the gangster and could not get away from the place as the accused applicants did not render support nor cooperated and remained inactive. The role of SI K.K. Sharma is rather evident in view of the fact that he was regularly in touch with Vikas Dubey and his gang and through him SO Vinay Tiwari was also in his touch.

AGA said that the applicants certainly helped them and always closed their eyes towards the criminal activities of the gang. They, during the incident, maintained distance from the other police party and went away to save themselves. In case of such an organized crime where members of the police force were assisting the gangster and his group, it is not possible to have direct evidence.

The Court noted that,

The accusation against the applicants is that they had a close friendly relationship with the gangster Vikas Dubey who and the members of his gang were running organized criminal activities of all sorts and was residing and flourishing within the local jurisdiction of the police station in which both the applicants were posted.

IO has examined several witnesses and they have stated about the close relationship of the applicants with the gangster Vikas Dubey and gang.

The bail applications have been also opposed on behalf of the State on the ground that applicants are police officers and they are in a position to influence the witnesses if they are released on bail. They hatched conspiracy with the gangster and deliberately acted in such a manner which helped the gang in the commission of this offence.

The call details show that Sub Inspector K.K. Sharma on July 02, 2020 made several calls to the gangster and informed them about the raid as he talked with the accused for more than 20 minutes in different calls.

“The Court is not oblivious about the fact that the release on bail is crucial to the accused as the consequences of pretrial detention are grave. If release on bail is denied to the accused, it would mean that though he is presumed to be innocent till the guilt is proved beyond reasonable doubt, he would be subjected to the psychological and physical deprivations of jail life.

The jailed accused loses his job and is prevented from contributing effectively to the preparation of his defence. Equally important, the burden of his detention frequently falls heavily on the innocent members of his family”, the Court observed.

The Court said that,

The pursuit of life, liberty and peace includes freedom from crime. The State’s foremost duty is to provide these basic rights to each citizen. The success of a Criminal Justice System can only be measured by how successful it is in ensuring these rights in word and spirit. The extent to which these rights are successfully protected, will be reflected in the confidence of the public in the system.

Conspiracy is an integral aspect of organized crime. There cannot be direct evidence of conspiracy in such cases and the law has to deal with organized crime on a footing different from that of individual or conventional crime, as regards admissibility and appreciation of the evidence.

“In view of the above discussion, the serious and heinous nature of the offence, complicity of the applicants in the conspiracy and taking into consideration overall circumstances of the case, I do not find any reason sufficient to allow the bail applications. Hence, the bail applications of accused-applicants Vinay Kumar Tiwari and K. K. Sharma is rejected,” the Court ordered.

“The trial court expedited the trial. If the case is not disposed of nor a substantial development is found towards progress of trial in one year, the applicants will be at liberty to move fresh bail application. It is also made clear that no observation of the Court in this order will have any binding effect on the trial court and the case shall be decided on the basis of evidence adduced during trial,” the order reads.